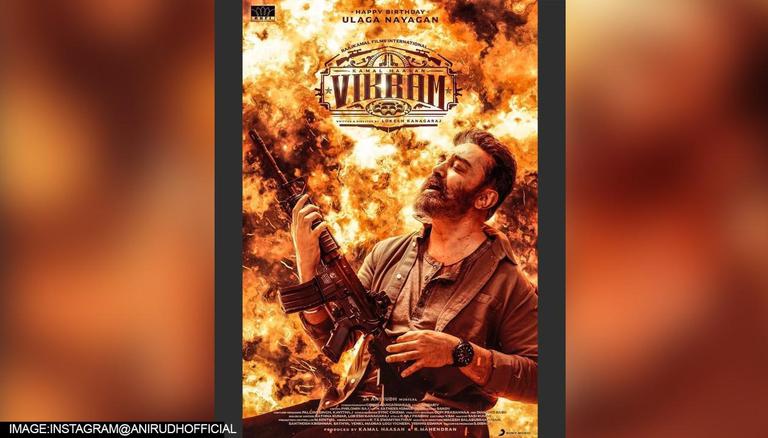 South actor Kamal Haasan is ready to take fans on a thrilling ride of action and adventure with his upcoming film vikram The leading actor Kamal Haasan is ready for his theatrical release on June 3, 2022. In addition to the veteran actor playing the title role, the directed by Lokesh Kanagaraj also features acclaimed actors such as Vijay Sethupathi and Fahadh Faasil.

The first-look character poster and hard-hitting dialogue in the trailer of vikram have already increased the anticipation of the fans for the film and are eagerly awaiting the action film. The excitement surrounding the project is reflected in IMDB’s latest trends, in which Kamal Haasans vikram bagged the number one spot as the most anticipated new Indian film.

Starring Kamal Haasan vikram has managed to generate a huge buzz in the city since its announcement. Recently, the film reached the first place as Most Anticipated New Indian Movie on IMDB list. Adivi Sesh starring as a biopic drama Main took second place followed by Akshay Kumar and Manushi Chhillar’s historical drama film Samrat Prithviraj to be number three.

The paps handle, Viral Bhayani, shared the news on her Instagram handle. The Paps Handle shared the post with the caption: “Superstar Kamal Haasan’s #Vikram roars on top! Trending at #1 on #IMDB’s Most Anticipated Movie List. Fans are super excited!! IN CINEMAS JUNE 3! @ikamalhaasan @VijaySethuOffl”