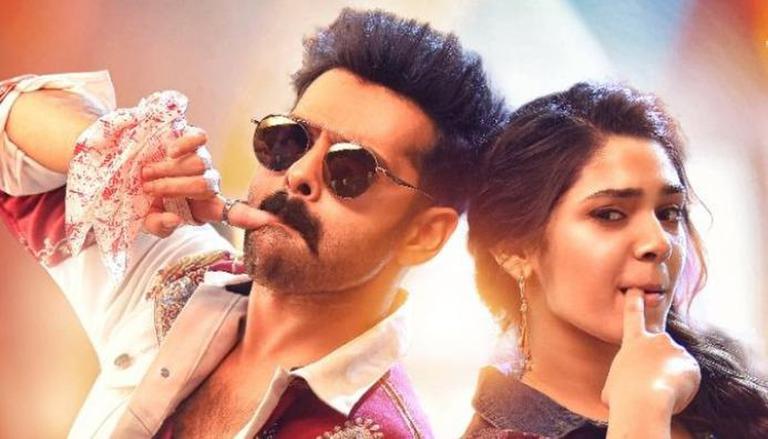 Telugu actor Ram Pothineni is ready to play the role of a police officer in his upcoming action movie The warrior, also starring Krithi Shetty. On June 22nd, the creators of the upcoming movie finally released the movie’s new single, pipe. The lead duo’s energetic moves make it one of the true mass dance numbers of the year.

“The Warrior’s Whistle Song out

On Wednesday, Tamil superstar Suriya, who has won much acclaim for his role as Rolex in Kamal Haasans vikramHe grabbed his Twitter handle and revealed The warrior‘s dance number, pipe. The pounding beats of Devi Sri Prasad and the moves of Ram and Krithi are likely to have audiences in theaters whistling. Ram Pothineni mastered the dance moves choreographed by Jani-Meister while Krithi dazzles the dance floor with her beauty and grace. Check out the song here:

The creators recently dropped the film Bullet songwhich received a massive response as the song racked up more than 50 million views on YouTube.

More on this The warrior

The teaser saw the lead actor, who plays a fearless police officer DSP Satya, dish out punches and kicks as he dedicates himself to fighting crime in the city. He will also be seen in a romantic relationship with Krithi Shetty, who plays the actor’s love in the upcoming film. Aadhi Pinisetty will play the antagonist in the film, who tries by all means to turn Satya’s life upside down. Watch the teaser here:

The film, financed by Srinivasa Chitturi under Srinivasa Silver Screen, is a bilingual project shot simultaneously in Telugu and Tamil. Apart from Pothineni and Krithi Shetty, The warrior also stars Akshara Gowda, among others in key roles. The creators appear keen to increase excitement for the film as it gears up for its July 14 release this year.