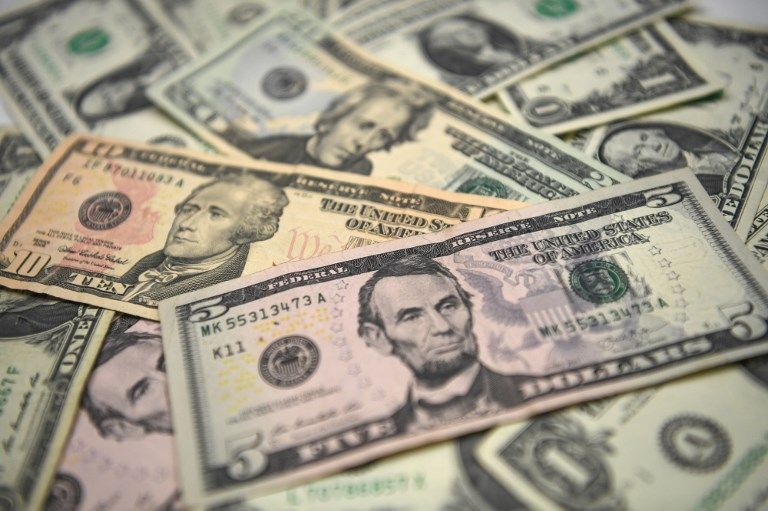 An American study confirms the benefits of universal income for mental health.

Atlantico: One Urban Institute study, an American think tank that conducts economic and social policy research, attempted to analyze the results of a small experiment in an unusual social benefit. According to the results of the experiment, the implementation of this pilot system led to an improvement in the mental health of the participants and a reduction in the risk of depression. How? ‘Or what Can we explain this result? ? How significant is it?

Marc de Basquiat: While everyone rightly wonders about the impact of social systems on fragile populations and questions an “assistance” that locks people into inaction, this experience does offer some lessons.

Interesting this project “THRIVE East of the River” was founded in the middle of the Covid crisis in the Ward 8 district of the American capital on the initiative of four local organizations to provide financial and in-kind support to 590 families hard hit by the recession in 2020. First, through its funding: $3.5 million provided over six months by 500 private donors, individuals, corporations, and foundations. Next, define the benefit: the combination of benefits in kind (one of the associations specializes in food aid) and a one-time lump sum of $5,500 per family (possibly paid in 5 installments, at the beneficiary’s choice). The use of this sum is entirely at the discretion of the family.

Universal Income: After two years of testing in California, the results are in. And they really deserve a close look

The selection criteria for the beneficiaries were very simple: each candidate family was already known to one of the four organizations and their income was less than 50% of the median income. This first choice had an important consequence: the relationship with the beneficiaries was based on mutual trust. This is one of the key observations made by Urban Institute researchers who have been associated with the group throughout the project.

“People who live in slums are used to being abused by social systems. Anything can become an exclusion criterion for performance”. For this reason, they reacted very emotionally to the device, with a sequence that first went from deep distrust, then from enormous surprise by understanding the absence of conditions and control, finally from immense gratitude to tears. For the leader of the research team, “these extraordinary reactions speak volumes about the obstacles that these people usually encounter”.

In the report published by the Urban Institute in February 2022, we read the concrete impacts found on the beneficiaries. More than half of the participants spent a significant portion of their THRIVE payments on housing, with food being the second most common spending category. The proportion of participants who used their personal savings to cover household needs in 2020 was reduced from 60% to 50%.

On a more psychological level, after receiving the payments, program participants said:

2.Experience stressors that affect their mental health significantly less than other low-income people;

3.Being only slightly less concerned about the children in their household having emotional difficulties;

4.Still as stressed out as other low-income people about their home security.

– Building trust was critical to a smooth launch and implementation of the program. The choice of free use of the transferred amounts was essential for this project.

– Participants in the THRIVE program greeted the program with a mixture of suspicion and joy that reveals the historical, societal and civic scars of residents of disadvantaged communities.

– Monetary relief can support the resilience of marginalized people. Cash payments facilitate the transition from stability to mobility.

– The participants in the THRIVE project made thoughtful and complex decisions (a balance between addressing immediate survival concerns and longer-term concerns).

– Program administrators have had to expend a great deal of energy to understand the interaction between their cash distribution and other contingent benefits (reduced accordingly more or less). Despite all their assurances, participants in the THRIVE program still feared benefit cuts from violating income or bank account limits.

Is what we learn from this study consistent with what other experiments with some form of unconditional income have shown on the issue of the well-being of the affected population?

The conclusions of this very specific study in the specific context of an unprecedented Covid crisis are similar to those highlighted in several experiments. I immediately think of Mincome in Canada in the 1970s, experiments in the Indian state of Madhya Pradesh in 2011-2012 and closer to Finland in 2017-2018.

Canadian researcher Evelyn Forget examined Mincome’s findings, which shows a remarkable improvement in the health of residents of the city of Dauphin between 1974 and 1979, as well as better attendance at universities. In India, the presence of a very active association (SEWA – Association for Self-Employed Women) in certain villages played the same role as the four partner organizations of the Washington project and complemented the weak financial support provided by the experiment to encourage individual initiatives.

In Finland, the sample of 2,000 beneficiaries of the two-year unconditional benefit was systematically compared with a control group, which made it possible to accurately measure indices of economic progress and wealth :

The reduction in the feeling of depression in people in difficulty from 32% to 22% is a non-negligible result. We want to back that up with an even more convincing device.

Can we assume that this effect on well-being and mental health would be observed as well if the measure were generalized to true universal income?

Far from being a marginal consequence of intelligently designed experimental devices, these encouraging results must be seen as an obvious consequence of a better understanding of how each human being normally functions. The sociologist Alain Caillé explains this very clearlybased on the theory of gift described by Marcel Mauss.

In fact, the elementary “synaptic connection” of any human relationship is established in the register of gift. It is the fundamental sequence of “giving-receiving-giving back” that establishes every relationship. In the THRIVE project, the decision to give the $5,500 as a condition or control over its use was a first “real gift” given by the beneficiaries who felt worthy of receiving it in full and therefore using it appropriately, with strong Emotions You give back to the community the value of the gift received.

When I read the Urban Institute report, I dream of being able to start with us soon, the experimental project of universal income patiently defined with the collectivity of Corsica. Over a five year period and by involving a population of a few thousand beneficiaries we would obviously reap a bounty of lessons in this area. It should be noted that when reading the four declarations made by the participants of the THRIVE project, it seems important to also include support for children and housing.

Let’s hope that the next presidential election will encourage the Elysée to experiment with such a project!