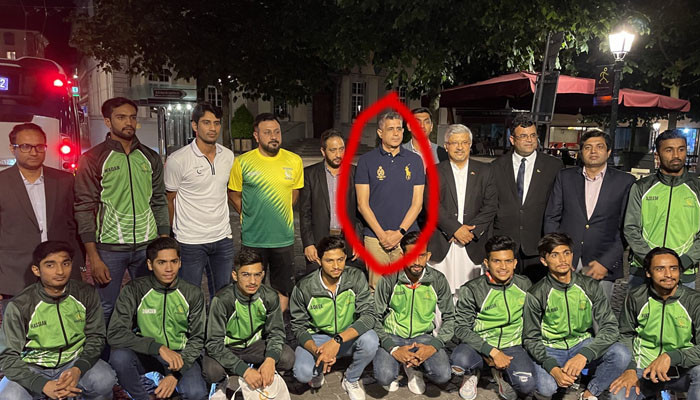 KARACHI: The presence of Pakistan Hockey Federation (PHF) secretary Asif Bajwa with the five-man national ice hockey team took the spotlight after the country’s ban from next year’s World Cup of Hockey, which is scheduled for January 13-29 in India is.

In a picture that has gone viral on social media, Bajwa can be seen with the national team, who will compete in an international five-a-side ice hockey event in Lausanne, Switzerland, starting June 4.

It is worth mentioning here that Khawaja Junaid, Pakistan’s Asian Cup coach, allegedly made a mistake when he fielded 12 players against FIH rules in the game against Japan.

The mistake cost Pakistan not only a goal against Japan, but also exclusion from the Asian Cup and Mega World Cup next year.

Later, PHF Brigade Chairman (retired) Khalid Sajjad Khokhar formed an inquiry committee to investigate the matter. But the game’s connoisseurs believe that the committee, made up of the same old names, will not do anything about it.