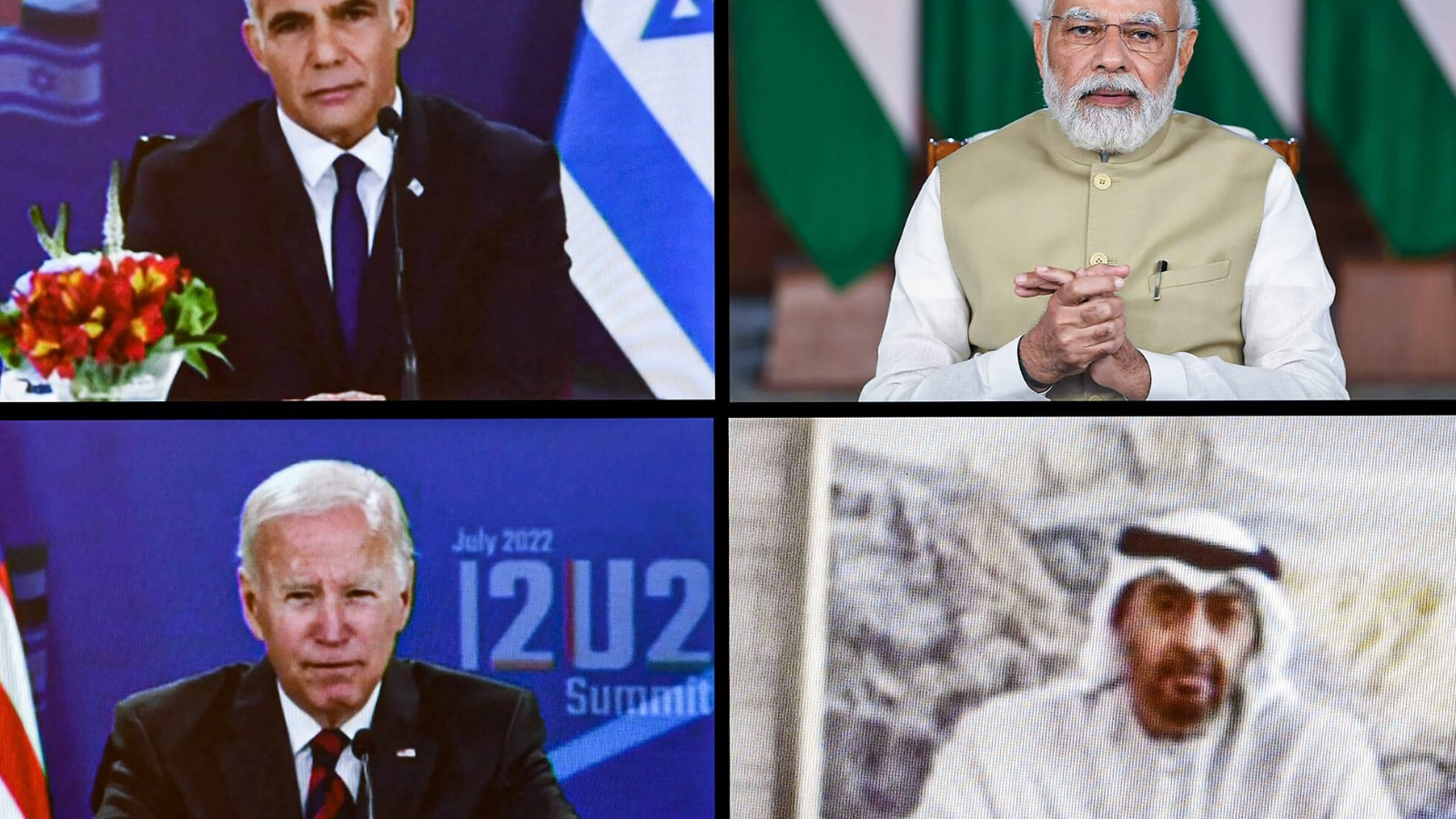 India is playing geopolitically confident and astute as the July 14 virtual I2U2 summit attests. India appears to have read well on the trends in West Asia involving Israel, the Gulf States and Iran and has positioned itself well in the region.

In recent years, India and Israel have been converging to the point where Israel has become a key defense partner for India. This did not stand in the way of close cooperation with the Gulf States. Indeed, the transformation of our relationship with the United Arab Emirates and Saudi Arabia has been a remarkable achievement of Indian foreign policy.

At the same time, despite the pressure created by US sanctions against Iran, India has kept its lines of communication with that country open. India received a spin-off from the US for the Chabahar project. India and Iran share concerns about Taliban takeover of Afghanistan. High-level exchanges of visits continued, with Prime Minister Narendra Modi, the Foreign Minister (more than once) and the Defense Minister visiting Iran. The Iranian Foreign Minister was recently in India. India abstained in a recent Western-inspired IAEA vote on Iran, maintaining its independent stance on Iran’s nuclear issue.

Though Israel and Iran are at odds and tensions between Iran and the Gulf states have been high over Yemen, Iran’s regional policies and its nuclear program, India has adroitly navigated these diplomatic shoals and forged mutually beneficial relationships with all three mutually contradicting forces.

Notably, India has increased its defense engagements with the Gulf States, particularly the United Arab Emirates, with whom India has conducted naval and air exercises, and Oman. India has agreed to become a network security provider in the Indian Ocean.

India’s increasing defensive profile in the Gulf would no doubt have been analyzed by Iran for its implications, particularly in the context of India’s closer defense cooperation with the US, without necessarily construing it as anti-Iran, which it is not. India would see its security contact with the Gulf States as part of building relationships of trust with the region, where India has vital energy, financial and labor interests, not to mention the Indo-Pacific dimension related to China’s rising profile in this area. India must take a long-term view of the strategic aspects of the Sino-Pakistani Economic Corridor, the establishment of a Chinese naval base at either Gwadar or Jivani, and the inevitable projection of its naval power in the blue ocean of western India through China’s ocean in the years to come.

The strategic exodus in the region is visible as Saudi Arabia and Iran reach out to ease rising tensions. The Saudis are no doubt worried about the prospect of a revival of the Iran nuclear deal under US influence, as Iran and the US recently held proximity talks in Doha, albeit without success. The Saudis clearly want to gain some degree of strategic autonomy, which explains not only their contacts with Iran but also with Russia.

All of this has given India room to pursue more nimble diplomacy in the region. The I2U2 (India/Israel/USA/UAE) – the western quad – is a product of that. The pace at which it has evolved compared to the eastern quad is remarkable. I2U2 has moved very quickly from the foreign minister level to the summit level. President Biden’s visit to Israel, followed by those to Saudi Arabia and the United Arab Emirates, provided an opportunity for the US to politically consolidate the Abrahamic Accords by holding the virtual I2U2 summit.

The strategic sensibilities surrounding the establishment of I2U2 are not comparable to that of Quad, which is in response to China’s disruptive rise, territorial expansion, violation of international law, and so on. China opposes the Quad (and so does Russia) as it is seen as an initiative to curb its power. India moved slowly on the quad at first, wanting to assess its scope, agenda, the contribution of different countries and their commitment to it.

Since the other three countries were military allies, India had concerns about being seen as part of a broader military alliance. The quad therefore gradually developed from the official to the political level (foreign ministers) and then to the summit level. India is now much more committed to the quad, calling it a force for the common good.

The I2U2 grouping is not directed against any country, despite US and Israeli hostility towards Iran and UAE insecurity towards that country. Unlike China, which is India’s adversary, Iran is not, and so the Indian calculus is quite different. China and Russia have not spoken out against this new grouping. As in the case of Quad, where India prioritizes the group’s economic and technological agenda, in the case of I2U2, the agreed agenda is primarily economic.

In his opening remarks, PM Modi spoke about meeting genuine strategic partners with common perspectives and interests, highlighting joint projects in many areas and a roadmap for progress, namely increased joint investments in six key areas of water, energy and transport, space, health and food security . To this end, the four countries are mobilizing their common strengths – capital, know-how and markets. He expects significant contributions to energy security, food security and economic growth on a global level.

The joint statement issued on the occasion speaks of mobilizing private sector capital and expertise to modernize infrastructure, advance low-carbon development pathways for industries, improve public health and access to vaccines, boost physical connectivity between countries in the region and collectively create new solutions for waste treatment, explore joint funding opportunities, connect startups with I2U2 investments, and foster the development of critical new and green technologies while ensuring near- and long-term food and energy security. All very relevant goals.

The inaugural meeting of I2U2 leaders focused on the food security crisis and clean energy. To this end, the UAE – headquarters of the International Renewable Energy Agency (IRENA) and host of COP28 in 2023 – will invest USD 2 billion to develop a series of integrated food parks across India that will incorporate cutting-edge climate-smart technologies to reduce food waste and spoilage, to save fresh water and to use renewable energy sources. India will provide suitable land for the project and facilitate the farmers’ integration into the food parks. US and Israeli private sectors will be invited to provide their expertise and offer innovative solutions that contribute to the overall sustainability of the project. These investments will help maximize crop yields and, in turn, help tackle food insecurity in South Asia and the Middle East.

In terms of clean energy, I2U2 Group will advance a hybrid renewable energy project in Gujarat consisting of 300 megawatts (MW) of wind and solar capacity complemented by a battery energy storage system. The US Department of Commerce and Development funded a feasibility study for this $330 million project. UAE-based companies are looking for opportunities to act as critical knowledge and investment partners. Israel and the US intend to work with the United Arab Emirates and India to demonstrate private sector opportunities, including Indian companies. The joint statement notes that such projects have the potential to transform India into a global hub for alternative renewable energy supply chains.

The summit reiterated support for the Abraham Accords and other peace and normalization agreements with Israel. This, it was noted, should help promote economic cooperation in the Middle East and South Asia.

It is clear from the joint statement that the immediate concrete economic beneficiary of the first meeting of this new grouping is India.

Kanwal Sibal is a former Indian Foreign Minister. He was India’s ambassador to Turkey, Egypt, France and Russia. The views expressed in this article are those of the author and do not represent the point of view of this publication.