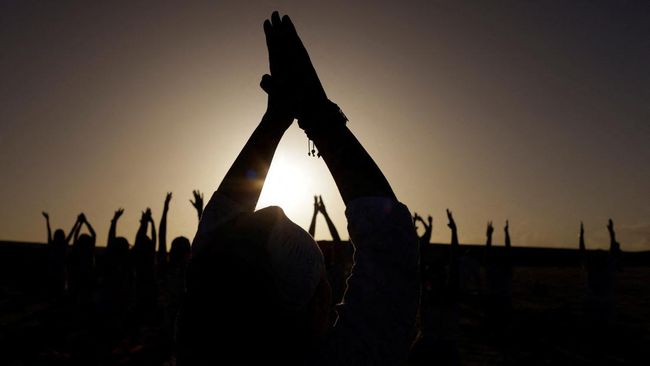 International Yoga Day celebrates every year on the 21st. Its history cannot be separated from ancient traditions India.

In a speech to the UN General Assembly in 2014, PM Modi described yoga as a priceless gift from India’s ancient traditions. According to him, yoga calls for harmony between man and nature.

“Yoga is a priceless gift from the ancient traditions of India,” Modi said in a speech on September 27, 2014 Hindustan times.

Modi said yoga embodies the unity of mind and body, spirit and action, restraint and fulfillment, harmony between man and nature, a holistic approach to health and well-being.

According to him, yoga isn’t about movement, it’s about finding a sense of oneness with yourself, the world, and nature.

“By changing our lifestyle and creating awareness, it can contribute to well-being. Let’s work to bid farewell to International Yoga Day,” he said.

The initiative is supported by 177 countries, the highest number of co-sponsors ever for a United Nations General Assembly resolution of this kind. International Yoga Day is an annual global celebration.

June 21 is the date on which International Yoga Day is celebrated because it marks the summer solstice, the longest day of the year in the northern hemisphere, which has special significance in many parts of the world.

On the first day of yoga, arrangements were made by the AYUSH Ministry and around 35,985 people including PM Modi and officials from 84 countries performed 21 asanas for 35 minutes at Rajpath New Delhi.

The first International Yoga Day set two records, one for the largest yoga class and the other for the highest number of nationalities ever to participate.

Quoted from the official site Ministry of Foreign Affairs Government of India, Yoga is basically a spiritual discipline based on a very subtle science that focuses on creating harmony between the mind and body. This is the art and scene of healthy living.

According to the scriptures of yoga, the practice of yoga leads to the union of the individual consciousness with the universal consciousness, which means the perfect harmony between mind and body, human and nature.

Now, on International Yoga Day 2022, the United Nations is reflecting: “People around the world are embracing yoga to stay healthy, fresh and to combat social isolation and depression during the pandemic.”

Yoga also plays an important role in the psychosocial care and rehabilitation of Covid-19 patients in quarantine and isolation. It is believed to be helpful in relieving their fears and anxieties.