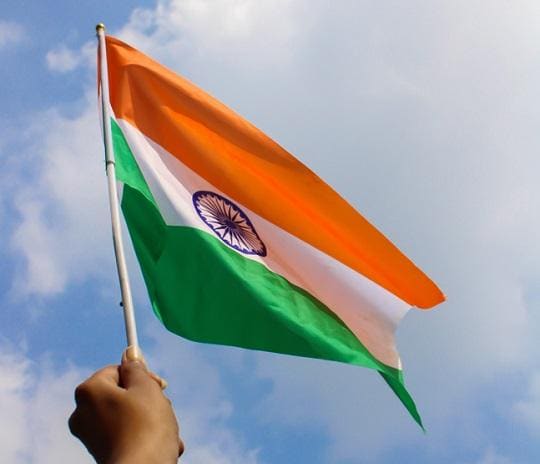 Flag Foundation of India (FFI) President Naveen Jindal on Sunday welcomed the recent amendment to the Flag Code of India 2002, which requires an ordinary citizen to raise and unfurl the national flag 24 hours a day (day and night) at home and in the office may locations, the FFI said in a statement.

Earlier, in 2009, the government allowed the tricolor to be flown day and night on “huge flagpoles with adequate lighting and backup power supplies,” after Naveen Jindal made a statement to the government.

“This is a very progressive decision. This change in the flag code of India will definitely encourage more and more people to display the Tiranga with dignity and pride on all days of the year and will also give impetus to the Har Ghar Tiranga campaign. Jai Hind,” Jindal tweeted.

“It has been Jindal’s dream to see the tiranga reach every home in the country and he has appealed to people to display it with pride and be inspired by our tiranga,” the statement said.

Successive governments have kept changing the rules to ensure the flag reaches more and more people – allowing people to carry the flag, allowing monumental flags, the recent flag code change for fabric materials, and now this change to fly the flag 24 hours

“The FFI has issued statements and written letters to MHA requesting them to do so, and today is indeed a proud moment for each of us,” the statement said.

Until 2004, ordinary citizens were only allowed to display the national flag on certain days.

In a decades-long legal battle, Jindal won the right for all Native Americans to display the tiranga with dignity and pride every day of the year, the release said.

The Bilaspur Commissioner at the time refused on the grounds that under the Flag Code of India a private citizen was only permitted to fly the Indian flag on certain days.

Jindal submitted a petition to the High Court arguing that no law could prohibit Indian citizens from flying the national flag.

The High Court upheld the petition and ruled that the Flag Code of India did not constitute a valid restriction on the right to freedom of expression under Article 19 of the Indian Constitution.

The Union of India appealed this decision to the Supreme Court, saying whether citizens were free to fly the national flag was only a political decision and could not be subject to judicial interference.

“The matter was then heard before the Supreme Court, which found that prima facie they see no reason why citizens cannot express their patriotism by displaying the national flag,” it said.

The court also found that restrictions on flying the national flag by private individuals only on certain days appeared unacceptable.

On January 23, 2004, the Supreme Court dismissed the Union of India’s civil action against the Delhi High Court’s September 22, 1995 judgment and injunction, ruling that flying the national flag was an expression symbol falling under the law on freedom of expression under Article 19(1)(a) of the Constitution.