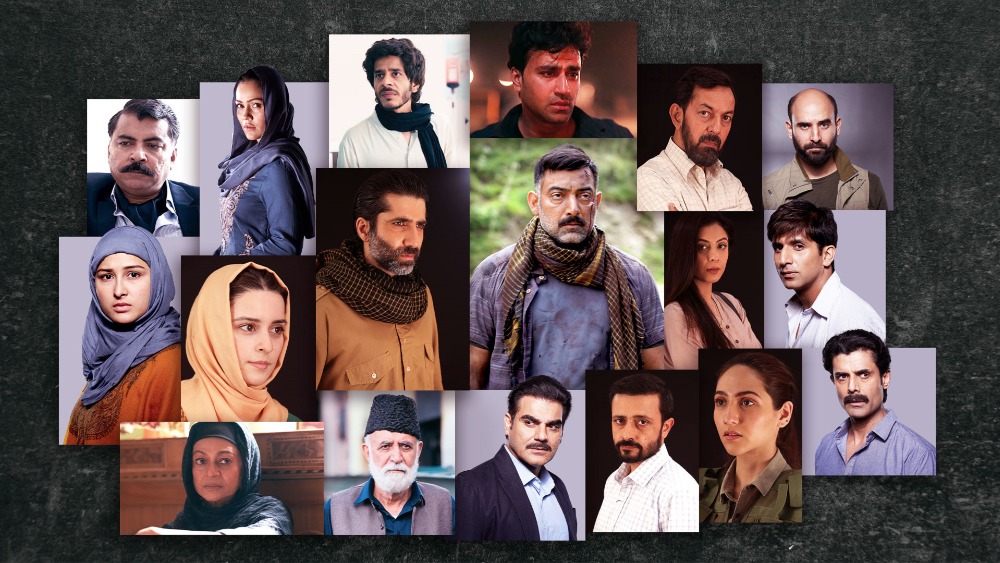 “Tanaav”, the Indian adaptation of the Israeli hit series “Fauda”, will debut on the streamer SonyLIV.

“Tanaav”, which means tension, chaos, stress, is set in Kashmir in 2017 and was filmed at local locations. It tells the story of a Special Covert Ops Unit in 12 episodes. It is produced by Applause Entertainment, the content studio of Aditya Birla Group, in association with Applause Productions. The socio-political action-drama series is directed by Sudhir Mishra (“Serious Men”) and co-directed by Sachin Mamta Krishn (“Hostages”).

Danish Khan, Executive Vice President and Business Head of Sony Entertainment Television, SonyLIV and StudioNext at Sony Pictures Networks India, said: “’Tanaav’ reaffirms our commitment to presenting compelling and entertaining stories with depth and substance. With its compelling story, cinematography and all-star cast supported by Applause Entertainment and Sudhir Mishra, ‘Tanaav’ will resonate with our viewers.”

Sameer Nair, CEO of Applause Entertainment, said: “A global sensation, ‘Fauda’ has always been a story waiting to cross borders and be adapted in a new setting. At Applause Entertainment, we find it immensely satisfying to bring Indian audiences a groundbreaking drama of this caliber, one that offers a fresh perspective on the human stories that portray all sides of the conflict. With filmmakers like Sudhir Mishra and Sachin Krishn at the helm, supported by an outstanding cast and talented writing, creative and production teams, we are excited to partner with SonyLIV to bring this show to the world. This partnership only strengthens our already strong relationship with SonyLIV following successful collaborations on Scam 1992, Avrodh, Undekhi and Your Honor. ”

Mishra added, “As a filmmaker, Tanaav allowed me to explore a variety of characters and delve deep into their psyches. It is a true Indian story woven into a tightly knit action drama that highlights human emotions and the dilemmas they face.”

“Fauda” was created by Avi Issacharoff and Lior Raz and distributed by Yes Studios.

Issacharoff said: “We are very happy and proud to hear about ‘Tanaav’, the Indian version of ‘Fauda’. It is a true honor for us to learn how ‘Fauda’ has managed to touch the hearts of so many people from around the world and especially in India.”