Sonam Kapoor beams as she flaunts her baby bump with Rhea Kapoor in London. See photo 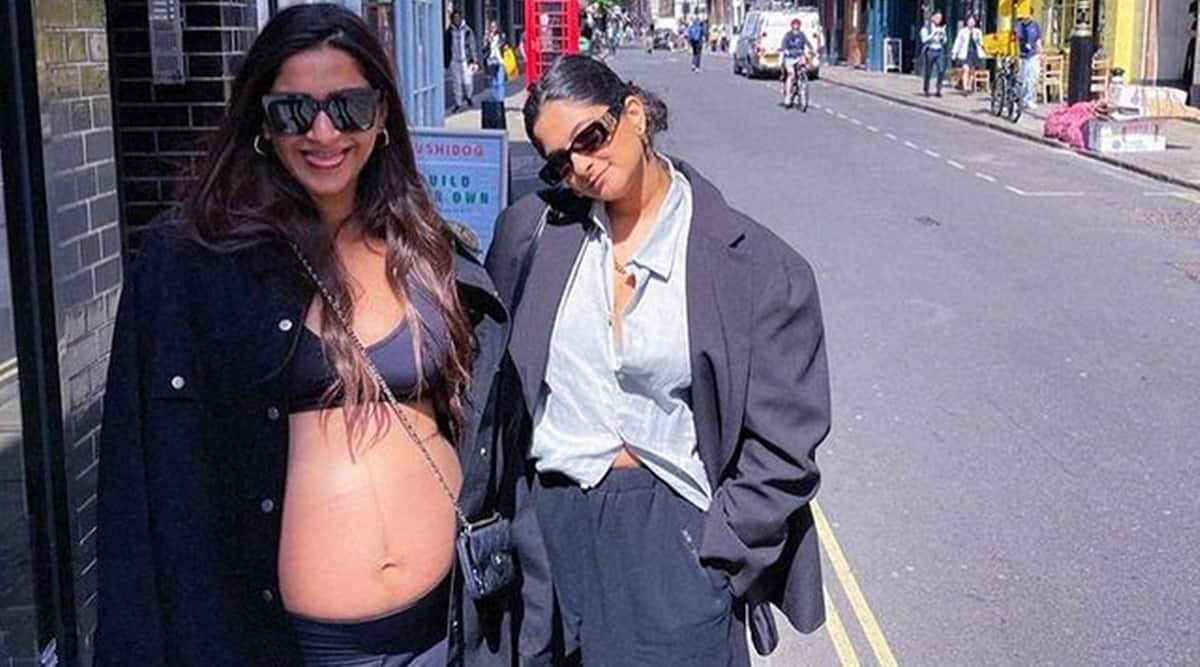 Sonam Kapoor recently celebrated her birthday and it seems to come as a surprise that actress, sister and producer Rhea Kapoor paid her a visit in London. Sonam Kapoor and Rhea Kapoor posed for a photo shared by Rhea, in which Sonam beams while showing off her baby bump. Rhea wrote in the caption, “Rock up to the best meal of the trip like…(so far)”. She also shared a glimpse of the food they ordered for lunch, which left her fans and friends hungry.

As soon as she shared the post, fans flooded the comments section guessing if Sonam is going to have a baby boy or girl. “It’s a little boy. Congratulations,” one fan wrote, while another said, “You’re going to have a baby girl.” Some also commented on Sonam copying Rihanna, who was doing statement looks during her pregnancy.

Sonam turned 37 on June 9th. On her birthday, she presented her fans with a series of beautiful photos, in which she became the muse of the famous designer duo Abu Jani and Sandeep Khoska. “On the threshold of motherhood and just before my birthday, I choose to dress how I feel – pregnant and powerful, bold and beautiful. Thank you @abujanisandeepkhosla for draping women in outfits that bring out the wildest and most sensual sides of their femininity,” she wrote.

Sonam shared the news of her pregnancy in March this year. She shared Polaroid clicks on her Instagram with a caption that read, “Four hands. To educate you as best as possible. Two hearts. That will be consistent with your beat at every step. A family. Who will shower you with love and support.”

Previously, Sonam and Anand had shared many photos and videos from their babymoon in Italy.