Sonali Bendre Announces Her OTT Debut With ZEE5’s The Broken News: “Feels So Good To Be Back On Set” 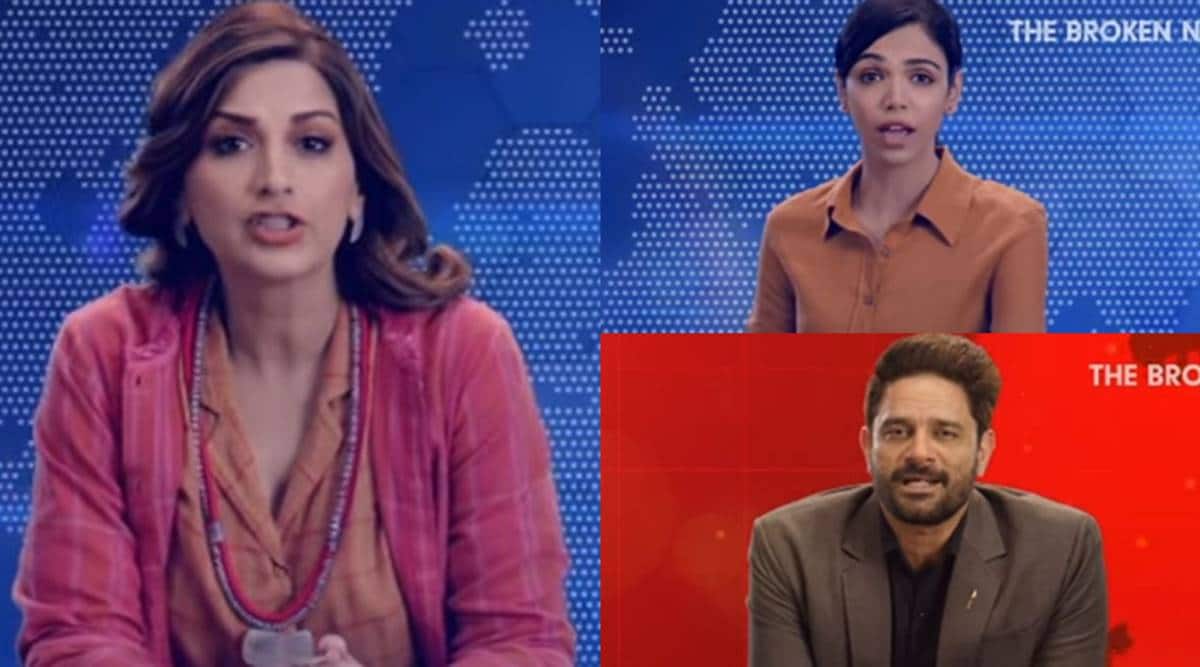 actor Sonali Bendre will make her OTT debut with ZEE5’s upcoming series The Broken News. The actor will play a news anchor in The Broken News, the Indian adaptation of the popular British series Press. Sonali shared the news on her Instagram account, saying she’s “still processing that this is actually happening!”

She said: “It feels so good to be back on set, back to the creative process, interacting with my co-actors and the director… bringing a character to life. I’m so happy to be making my OTT debut with @zee5, we’ve done so much together and it feels like family. I loved the concept of this show from the start and am so proud of how it turned out… I can’t wait for you all to see it.” The show’s teaser also stars Jaideep Ahlawat and Shriya Pilgaonkar.

Jaideep also shared the teaser on his Instagram account. Describing his character, the actor wrote, “Sansani aur Sach ke iss khel main, Main kahaniyon ko chunta hun. Kyunki News Boring Hoti Hain (In the game of sensation versus truth, I choose stories because news is boring).” Shriya, who is currently basking in the success of her Guilty Minds series, said she was thrilled to be part of the project “with two of my absolute favorite actor”.

According to the creators, the series revolves around two competing Mumbai-based news channels – Awaaz Bharati, an independent, ethical news channel, and Josh 24/7 News, which offers sensational and invasive journalism. What happens between the main characters in their search for news forms the core of the show.

The release date of The Broken News is not yet known.