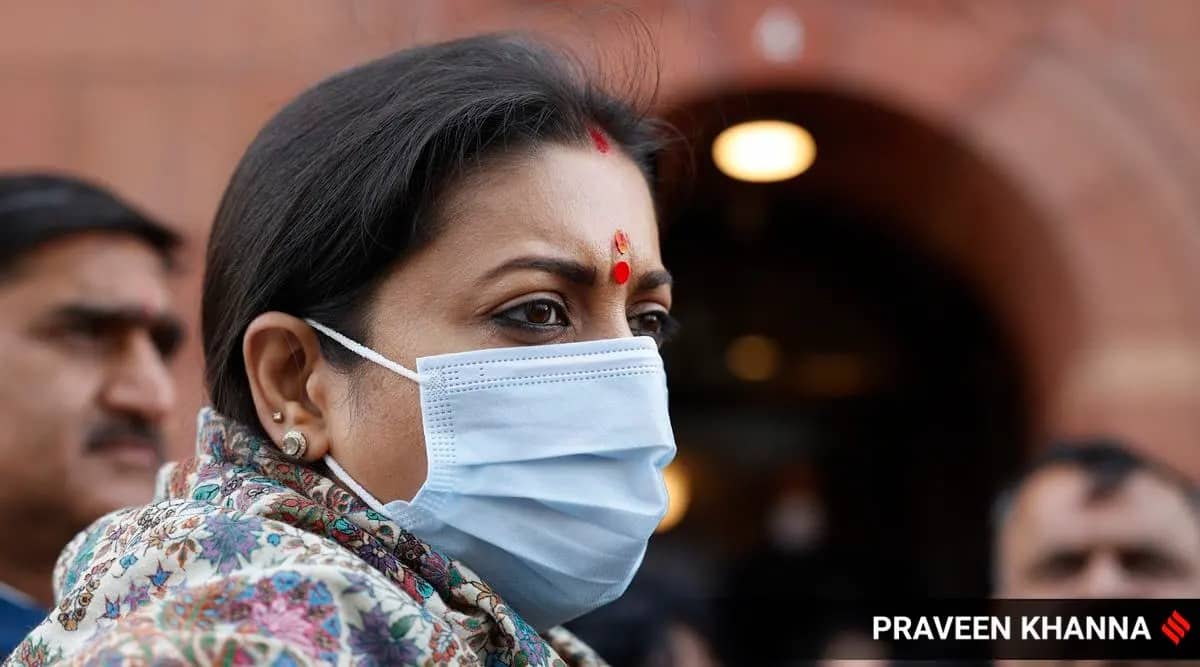 However, Silly Souls Goa Café and Bar has links to Irani’s family, including her daughter, through a series of financial transactions, according to official records investigated by The Indian Express.

In 2020-21, these two companies invested in a third, Eightall Food and Beverages LLP. Eightall was founded in December 2020. According to GSTIN records, Eightall lists its “Principal Place of Business” as: H No 452, Ground Floor, Bouta Waddo, Assagao, North Goa, Goa.

This is also the address of Silly Souls Goa Café and Bar.

Smriti Irani is not involved in any of these companies.

According to documents filed with the Commercial Registry, on November 5, 2020, Ugraya Mercantile and Ugraya Agro decided to invest up to 50 percent and 25 percent, respectively, of the total capital of Eightall.

As of March 31, 2021, the latest available data RoC, Ugraya Agro and Ugraya Mercantile each had the same group of shareholders with similar holdings: Zubin Irani (67 percent), daughters Shanelle Irani and Zoish Irani (11 percent each). and son Zohr Irani (11 percent).

Documents filed by Eightall at the RoC for the year ended March 31, 2021 show that Ugraya Mercantile and Ugraya Agro provided 50 percent and 25 percent of Eightall’s initial capital, respectively.

According to the latest records filed with the RoC, the remaining 25 percent of Eightall’s equity is held by Taronish Hospitality (20 percent) and Geeta Vajani (5 percent). Geeta’s husband Yogesh Vajani is one of the directors of Taronish Hospitality.

When asked if his restaurant’s address was the same as Eightall’s headquarters, the cafe’s owner, Dean D’Gama, told The Indian Express: “Please speak to my attorney about this.”

His attorney, Benny Nazareth, said: “I represent the D’Gamas as the owners of this particular property (Silly Souls Cafe). You have a valid excise license and we have received a reasonable circumstances notice to which we have responded. That’s all. I have no mandate from the customer to discuss anything beyond that.”

Questions to Zubin Irani (majority shareholder of Ugraya Agro Farms and Ugraya Mercantile) about the investment and the appropriate address with Silly Souls Goa Café and Bar remained unanswered.

Responding to Congressional allegations last Sunday, Zoish’s attorney, Kirat Singh Nagra, said she had “no control or oversight over the management and affairs of the venue” – and that her interaction was “limited” to an internship.

When asked about the same address and resolution by companies in which Zoish is a shareholder on Monday, he told The Indian Express: “Firstly, the issue is in court. Secondly, we don’t want to say anything, directly or indirectly, about the restaurant or anything related to the matter.”

When The Indian Express visited Eightall’s registered office in Palghar, it was the premises of Yogesh K Vajani and Co Chartered Accountants, Eightall’s accounting firm.

When asked about Eightall and Silly Souls Goa Cafe and Bar’s relationship, Yogesh Vajani said he would “take no questions on the matter”.

(With contributions by Jayprakash S. Naidu in Mumbai)