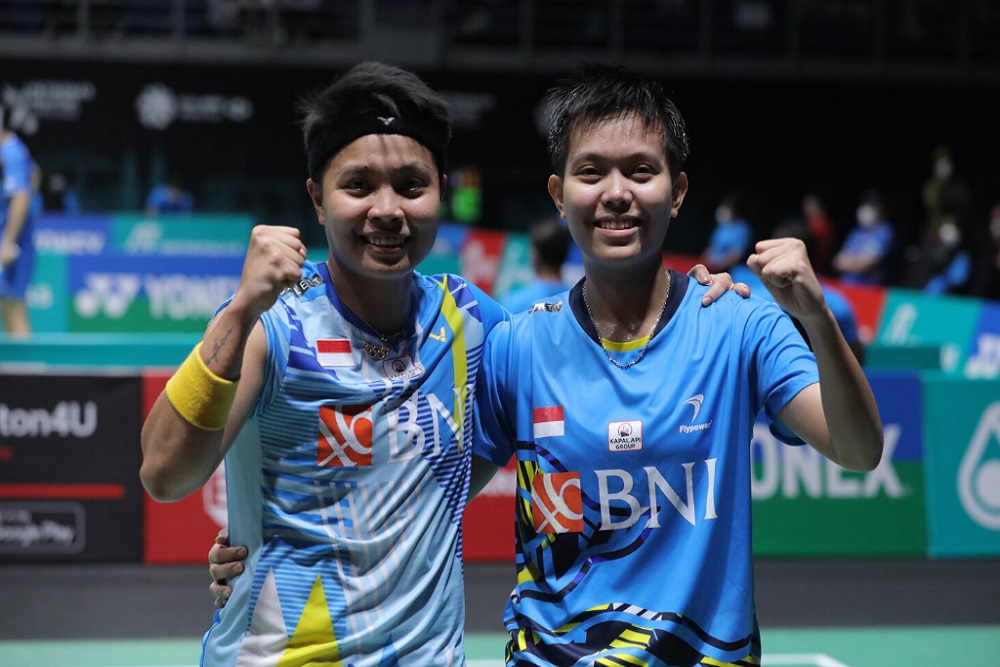 This is the third title for Apryani-Fadia after the pairing. Previously, Apriyani-Fadia won gold at the Sea Games and Malaysia Open 2022.

In addition, Indonesia plays two more numbers in the final round of the BWF Super 500 Singapore Open 2022 tournament on Sunday.

“To face the final we need to keep our stamina and mental focus. Last time we met Leo/Daniel we lost. We’re trying to improve the game,” Rian said through written information from PP PBSI in jakarta

Meanwhile, Leo/Daniel were also looking forward to the final against their senior, who was fifth in the world rankings.

The pair, nicknamed The Babies, have an endurance advantage, so there’s nothing wrong with being confident enough to win their first BWF World Tour tournament title.

“After the Hanoi SEA Games we can now go to the finals again. Maybe we benefit from that because we have better fitness than other players who have competed in the Malaysia Open and Malaysia Masters. So we’re really taking advantage of that,” Daniel said.

In addition to the men’s doubles, Indonesia is also counting on the women’s doubles title from Apriyani Rahayu/Siti Fadia Silva Ramadhanti and the men’s singles Anthony Sinisuka Ginting.

Apri/Fadia’s final against Zhang Shu Xian/Zheng Yu will be a repeat of the Malaysia Open’s top-flight match three weeks ago. Apri/Fadia then managed to steal the BWF Super 750 title via women’s doubles from China.

In the interim ginger meets a young badminton player from Japan, Kodai Naraoka, for the first time. Given the importance of today’s game and the lack of a record against Naraoka, Ginting sidestepped that with in-depth analysis and discussions with the manager.

“In order to face Kodai in the final, I tried to watch the videotape. And of course we also discussed with the coach which strategy should be implemented. Hopefully I can play well,” said Ginting.