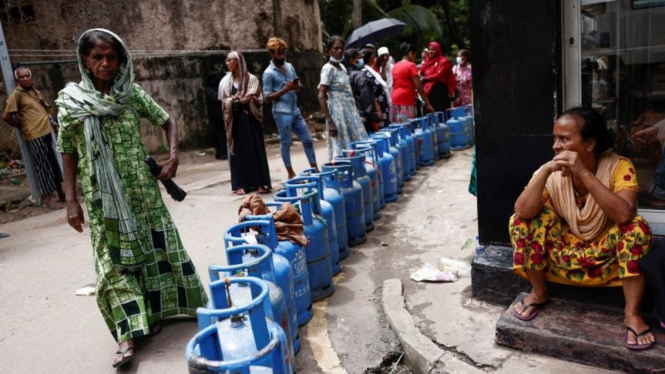 VIVA – A senior Indian diplomat held talks with the President and Prime Minister of Sri Lanka on Thursday, June 23, 2022. It came as India signaled its desire to surpass $4 billion in loans, swaps and aid to its neighbor.

Sri Lanka is facing its worst economic crisis in seven decades, with a severe shortage of foreign exchange and hampered imports of essentials including food, petrol and medicines.

The island state at the southern tip of India will need around 5 billion US dollars in the next six months to cover the basic needs of its 22 million inhabitants. Now, Sri Lankans are grappling with long queues for basic goods, worsening supply shortages and power outages.

Vinay Kwatra said that as a close friend, the Government of India will fully support Sri Lanka in overcoming the current difficult situation.

“The Indian delegation stated that the Indian government and political authorities are committed to providing continuous support to Sri Lanka,” he added.

Sri Lankans are lining up for oil and gas, which are running out

The Indian team held separate meetings with central bank governor Wickremesinghe and Treasury officials, an official from the prime minister’s office said. India has been the top source of foreign aid to Sri Lanka this year, providing more than $4 billion, Wickremesinghe told parliament on Sunday.

Neighboring countries are also in talks for additional support, including a $500 million loan for fuel and support for fertilizer and rice imports. This is in line with Sri Lanka’s efforts to prevent a food crisis, officials said.

Wickremesinghe said Sri Lanka plans to hold a pledging conference with China, India and Japan while continuing talks with the International Monetary Fund (IMF) on the package. rescue operation of about $3 billion. (ant/intermediate)