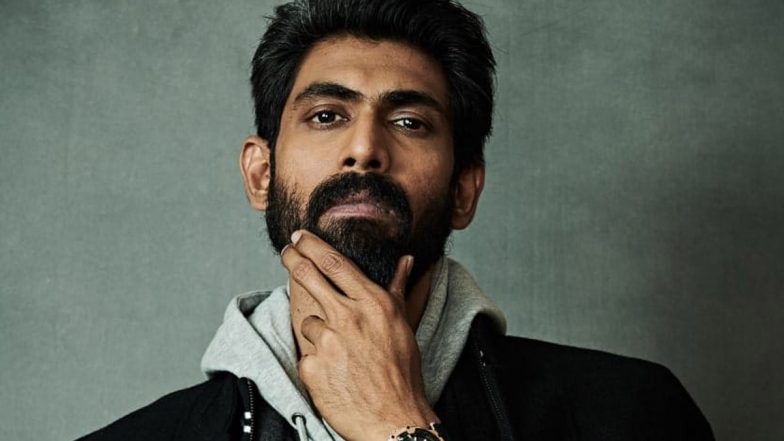 Actor Rana Daggubati said Saturday Indian projects could go global if creators focus on local stories unique to the country. Daggubati, the star of blockbusters like that Baahubali Franchise and the Political Thriller Nene Raju Nene Mantrisaid even if the country did have a globally successful show like Netflix’s Money Heist, it could work if local elements were woven into it. Virata Parvam: Rana Daggubati gives a first four-minute look at The Birth of Vennela ahead of the film’s release (watch video).

“India is a land of stories with the greatest mythologies ever written. And they were written on a scale that packs a punch game of Thrones to shame in that sense. There will be two-three directions that will guide us automatically (globally). “Because it is our culture that we represent. So if it’s ‘stealing the money’, let’s rob stuff like the Indians would… It’s still going to be our culture and our ethics that would make this story a success,” he said. Venu Udugula, director of Virata Parvam, commends Rana Daggubati for promoting the heroine-focused film.

Daggubati took part in a panel discussion to celebrate the two-year relaunch of streaming platform SonyLIV. He was joined by filmmakers Hansal Mehta, Ashwiny Iyer Tiwari, Nikkhil Advani, Sameer Nair, CEO of Applause Entertainment, and Danish Khan, Business Head of Sony LIV, Sony Entertainment Television & StudioNext. “What will bring us to global audiences? Stories that are extremely local, things happening in different parts of the country that are new to the world and unique to us,” he added.

The 37-year-old actor is producing several shows for SonyLIV, including Case Files of Hemanth Rao, which is in pre-production. Daggubati, who recently wrapped filming on his crime series Rana Naidu for Netflix, said he’s now trying to understand the process of long-form storytelling. “We’ve been a film company for about 50 years. Our thoughts are still on the three hour storytelling. Just finished another show for another network, premium moment of television,” he added.