Presidential election 2022: Anupam Kher declares Droupadi Murmu as the next president of India 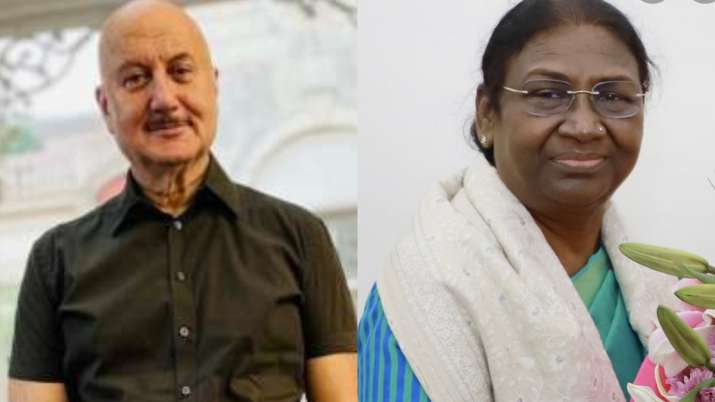 2022 Presidential Election: Voting to elect India’s next president is underway amid claims of cross-voting in favor of Droupadi Murmu. The BJP-led NDA’s candidate appeared to be ahead of the opposition’s Yashwant Sinha even ahead of the election. While many were predicting that Droupadi could win by maxing out the votes, veteran Bollywood actress Anupam Kher has declared her victory. The actor wrote on Twitter: “For the past few days, one phrase has been echoing in my head. Thought I’d write it today! “I, Citizen of India, humbly proclaim #DraupadiMurmu ji President of India, Jai Hind!”

Parliamentarians, legislators, and legislators across the country voted to choose the next president, and by the time the vote was completed there were ample indications that Murmu would win against Sinha. Among those who have voted out so far in the presidential election are reportedly NCP-MLA Kandhal S. Jadeja, Odisha Congress-MLA Mohammed Moquim and also a leader of the Samajwadi party.

Earlier, Maharashtra BJP leader Ashish Shelar expressed his confidence in Droupadi Murmu, saying: “NDA presidential candidate Droupadi Murmu’s victory is assured. We have every confidence that she will win with record votes from Maharashtra,” said Shelar. ALSO READ: Has Anupam Kher blasted the Supreme Court for blaming Nupur Sharma for the beheading of Udaipur? See his tweet

Meanwhile, the vote count will take place on July 21 and the new president will be sworn in on July 25 according to the schedule announced by the electoral commission.

In his career spanning nearly four decades, Kher, a graduate of the National School of Drama (NSD), has acted in Hindi films such as Ram Lakhan, Lamhe, Khel, Darr, Dilwale Dulhaniya Le Jayenge . , Daddy, Maine Gandhi Ko Nahin Mara, Vijay, A Wednesday and MS Dhoni: The Untold Story. Some of his international projects include films such as Bend It Like Beckham, Bride and Prejudice, Silver Linings Playbook, The Big Sick and The Boy With The Topknot. He has also starred in the Sense 8 and New Amsterdam series.

Meanwhile, on the work front, Kher wrapped up filming of the movie “Uunchai” along with veteran actors Amitabh Bachchan, Boman Irani and Neena Gupta. He was most recently seen in key roles in The Kashmir Files with Mithun Chakraborty, Pallavi Joshi and Darshan Kumaar. Released on March 11, 2022, it became the first post-pandemic Hindi film to break the $300 million milestone at the box office.