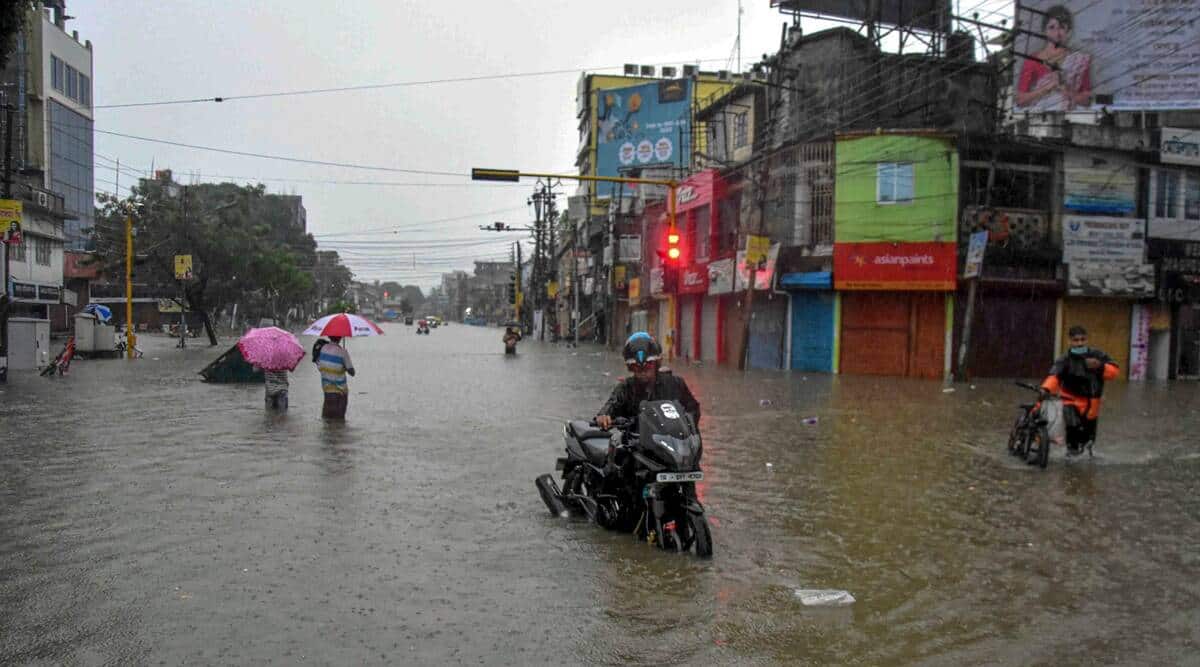 Live updates on weather in India: More than 2,000 people have been displaced due to flooding in Sadar subdivision of West Tripura district triggered by torrential rains, officials said on Saturday. West Tripura district has received 155mm of rainfall in the last 24 hours, causing several low-lying areas on the banks of the Howrah River to be inundated. In view of the situation, the state government has already announced that schools and universities will remain closed on Saturday. Chief Minister Manik Saha has asked officials to take all possible steps to manage the situation and assess the damage caused by the floods.

With another rain shower early on Saturday, the minimum temperature in Delhi dropped to 24.4 degrees Celsius, three degrees below normal. The India Meteorological Department (IMD) is forecasting generally cloudy skies and light to moderate rain or thunderstorms for Delhi on Saturday. The maximum temperature should be around 36 degrees Celsius. A similar forecast for light to moderate rain and thunderstorms was also issued for Sunday.

According to a news release from the India Meteorological Department (IMD), the current bout of intense rains is likely to continue for the next four days over the northeastern states and sub-Himalaya West Bengal and Sikkim, before tapering off.