Party leaders in India call for ban on adhan 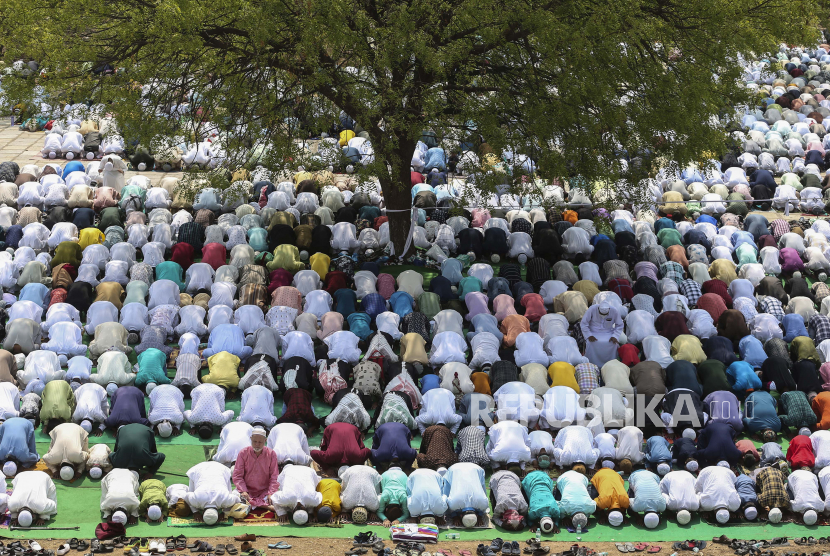 Party leaders in India are calling for a ban on the call to prayer.

REPUBLIKA.CO.ID, MUMBAI – Maharashtra Navnirman Sena (MNS) workers played Hanuman Chalisa chants through loudspeakers near a mosque in the Charkop district of Mumbai on Wednesday morning local time. This comes a day after her party leader Raj Thackeray called for the reading of religious hymns to protest loudspeakers playing the call to prayer.


A video shows an MNS worker playing Hanuman Chalisa with a party flag over a loudspeaker from a high-rise building in Mumbai. In the background, the call to prayer can be heard from the loudspeakers of a nearby mosque, as reported first post, Thursday (5/5/2022).

In the neighboring town of Thane, several MNS activists also played Hanuman Chalisa over loudspeakers at a venue in the Indira Nagar area. Although there is no mosque nearby.


Despite the case against him, MNS President Raj Thackeray Tuesday urged people to play Hanuman Chalisa through loudspeakers wherever they hear the call to prayer on Wednesday.

In fact, in an open letter, Thackay urged the public to complain to the police by dialing 100 if disturbed by the sound of the call to prayer.

“I appeal to all Hindus that tomorrow, May 4th, when you hear loudspeakers calling to prayer in these places, Hanuman Chalisa is playing on loudspeakers. Then they will see the obstacle of these speakers,” said the MNS leader.

Police have been beefing up security in Mumbai and some other parts of the state, particularly where MNS has a sizeable presence.