Nayanthara and Vignesh Shivan Marry in June After 6 Years of Relationship; report 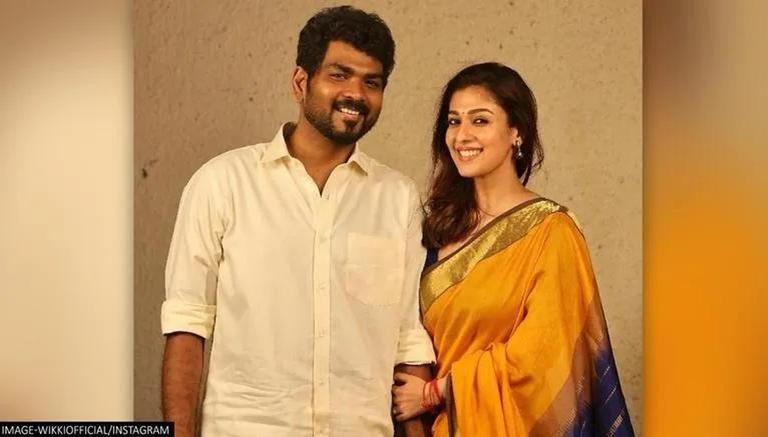 Six years after dating, actor Nayanthara is reportedly set to tie the knot with director Vignesh Shivan next month. The news comes amid rumors and speculation about the couple, who are known to be keeping the details of their relationship secret and are set to marry soon.

Nayanthara and Vignesh Shivan to tie the knot?

According to a report from Pinkvilla, Nayanthara and Vignesh Shivan are about to get married. A source confirmed the news to the outlet, revealing that it is too early to speak about the event as preparations are still in the early stages while talks are ongoing. The source also confirmed that the couple will make an announcement soon after everything is decided.

It’s important to note that the couple have yet to confirm the news. On the other hand, Nayanthara and Vignesh Shivan got engaged in March last year. As mentioned, the couple rarely talks about their relationship, but Shivan isn’t shy about showering his partner with love on social media. During a TV show interview with Dhivyadharshini AKA DD, Nayanthara spoke about her plans to marry Shivan.

According to Pinkvilla, she said: “We’re private people so we didn’t want a big ceremony. If we decide to get married, we will definitely let everyone know. Our engagement took place in the presence of close family members. We haven’t decided on our wedding yet.”

More on Nayanthara and Vignesh Shivan

The duo are basking in the success of their romantic comedy Kaathuvaakula Rendu Kaadhal. Recently, Vignesh took to his social media to share a picture with Nayanthara from her visit to Tirumala and wrote, “#ThanksGiving at #Thirupathi! We prayed and asked for a #BlockBuster!”

Adding: “You gave it dear #venkateshwaraswamy #Thirumala #Thirupathi #Elumazhaiyaan! Here we thank you for all the blessings, love and support! All we want is your love and support dear Thirumalayaneyyyyy!!! #Prayers & hard work 🙏🏼.”