Much respect Murmu but the battle is between ideologies: Yashwant Sinha | Latest News India 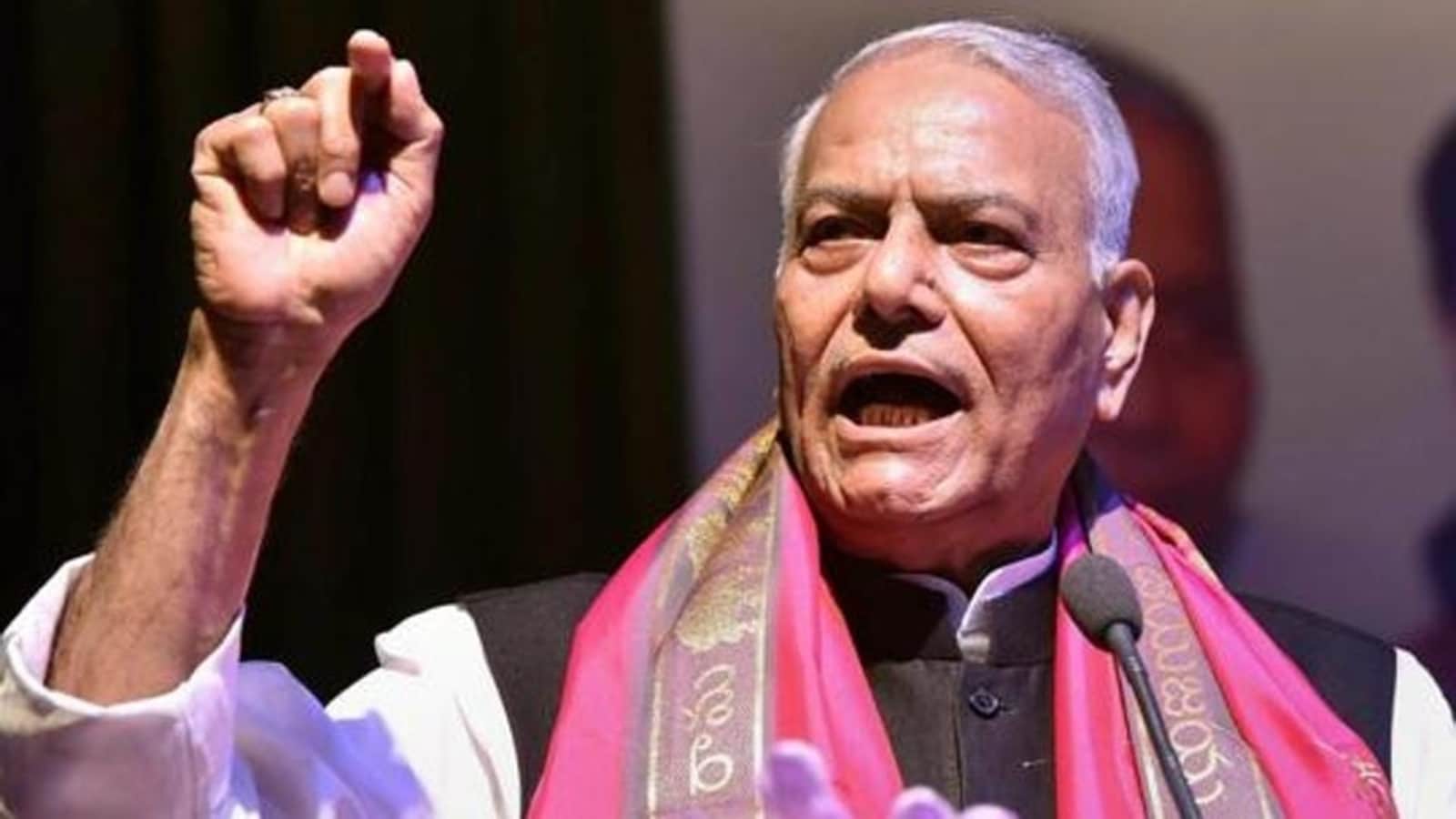 Yashwant Sinha, the opposition’s joint candidate for the upcoming presidential election, said on Wednesday he had “high regard” for Droupadi Murmu, the other contender in the Rashtrapati Bhavan race, while explaining that the competition is not between two people, but between two people took place “counter-ideologies”.

Murmu, 64, has been nominated by the BJP-led National Democratic Alliance (NDA) as a candidate in the upcoming presidential election. If elected, Murmu will become the first indigenous candidate to hold the highest constitutional role in India since the country gained independence 75 years ago.

Sinha, a former bureaucrat, explained his stance on “opposing ideologies” and said that they are “intent on choking down the constitution” and believe that the country’s president should not have his own mind in order to function, but “the government tender should serve as a stamp”.

“I am proud to belong to the other ideology that is determined to save the constitution and the republic,” Sinha said in a statement.

He went on to say that he was “overwhelmed” by the unanimous vote of all opposition parties and their leaders for the presidential elections. Sinha thanked the leaders for showing “faith and trust” in him.

“I assure you – and the people of India – that if elected, I will uphold the core values ​​and guiding principles of the Indian Constitution scrupulously and without fear or favoritism. In particular, as the guardian of the constitution, I will not allow the light of democracy and secularism to be dimmed by the executive branch,” Sinha added in his statement.

The opposition candidate said that if elected as India’s next president, he would not allow “the independence and integrity of democratic institutions to be armed, as is currently happening”.

Sinha said he would not allow the ongoing attacks on the constitution’s federal structure, which seek to “deprive state governments of their legitimate rights and powers.” He added that India is going through a difficult time and if elected President he will raise his voice for all ordinary people including farmers, women, unemployed youth, workers and all “marginalized sections of society”.

Sinha said he will submit his nomination for the presidential election on June 27 – three days after Murmu is said to have submitted hers, and plans to start campaigning in “as many state capitals” as possible.

He added that he hopes to meet and talk to MPs and MLAs from all political parties to ask for their support in the presidential election. “Above all, I also seek the support and guidance of ‘Janata Janardan’, the people of this great nation,” Sinha said in a statement.

Born in Patna in November 1937, Sinha joined the Indian Administrative Service (IAS) in 1960 and held several important posts during his tenure. In 1984 he resigned from the service and in the same year began his political career with the Janata party. He was a member of the BJP between 1992 and 2018 before leaving the saffron camp and joining the TMC last year. Soon after, he was named TMC’s national vice president.

Sinha has always been a vocal critic of the current BJP-led center under Prime Minister Narendra Modi, and it was his differences with the regime that led to his exit from the party.

Despite opposition praise for Sinha and Telangana Rashtra Samithi’s (TRS) decision to support him in the presidential election, Murmu’s chances are in the running. Odisha chief minister and Biju Janata Dal (BJD) chief Naveen Patnaik has repeatedly sided with Murmu, another Odiya.

In addition, Bihar’s ruling Janata Dal (United) or JD(U) and Hindustani Awam Morcha-Secular or HAM-S have also extended their support for the presidential election to Murmu.

The elections will take place on July 18th and nominations can be submitted until June 29th. The results of the presidential elections will be announced on July 21st.