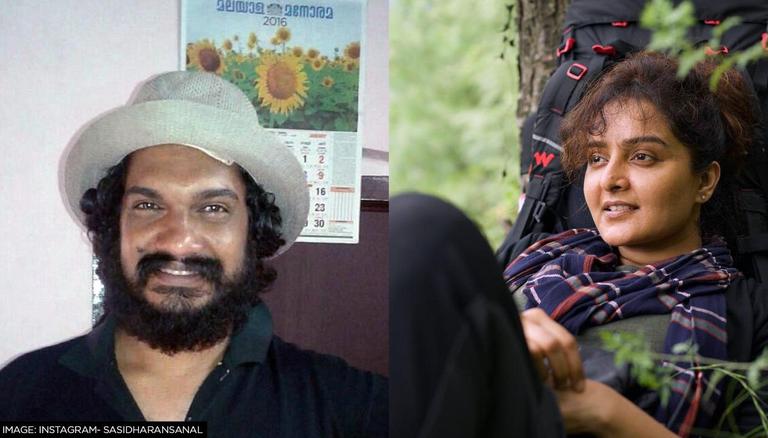 After allegedly claiming that actor Manju Warrier’s life was in danger, Mollywood filmmaker Sanal Kumar Sasidharan responded via his official social media name, writing a response to anyone who asked him why he hadn’t made a formal complaint submitted. He shared a number of reasons why he had not decided to make a formal complaint and took to social media on the matter.

It all started when Sanal Kumar Sasidharan took to social media a few days ago and penned a note claiming that Malaysian actor Manju Warrier’s life was in danger. He even claimed that she was allegedly in the custody of some individuals with personal interests. In addition, he assured everyone that this matter is serious and not a hoax and urged the national media to take this issue seriously.

Sanal Kumar reveals why he hasn’t filed a formal complaint

Sanal Kumar Sasidharan recently took to his official Instagram name and wrote a note responding to his alleged claims about Manju Warrier’s life in danger. In the caption, he mentioned why he hadn’t made a formal complaint and shared the news on social media, explaining that he “doesn’t believe in the law and order situation in Kerala”. He further opened up about texting the Malayan actor about his concerns, allegedly informing her about revealing his doubts on social media. Sanal Kumar Sasidharan then added that he had not received any reply from the actor. Furthermore, he even sheds light on how aware he is of the fact that he is on a dangerous edge on this matter, while adding how he has taken up many similar issues that he found unnatural and people who he knows were involved.

The caption read: “People are asking why I haven’t made a formal complaint to the police over my fears of danger to Manju Warrier

1. I don’t believe in the law in Kerala. I myself live away from Kerala because of this danger.

2. I emailed and texted Manjuwarrier about my concerns and mentioned that I plan on voicing my doubts on social media before posting my first post. I have not received any reply from her.

3 . While you’re wondering why I haven’t filed a formal complaint, why don’t you consider why the police aren’t taking the initiative? There are so many issues where the police have taken action on even trivial matters.

4. People also ask why I follow this topic. As everyone knows that the topic is now rife with the public, there is no reason to believe that if she is free and alive, especially if her social media addresses are active, it has not reached Manju Warrier. I even mentioned the names of two people in my allegations and they didn’t respond either. Don’t you think it’s unnatural? Please understand that I have no personal interest in this matter. Furthermore, I fully understand that I am on a dangerous edge on this issue. I see a possibility that Manju Warrier will come out and say she’s fine and I’ll make unnecessary yelling. However, I feel it should be addressed as I have clear reasons for my concerns. I consider the life of a fellow human being to be more valuable than my dignity. I’ve picked up many similar themes that I found unnatural, and people I know are involved. I’ve only had bad experiences on these issues, but I don’t regret anything because of the truth in my actions.” (sic)