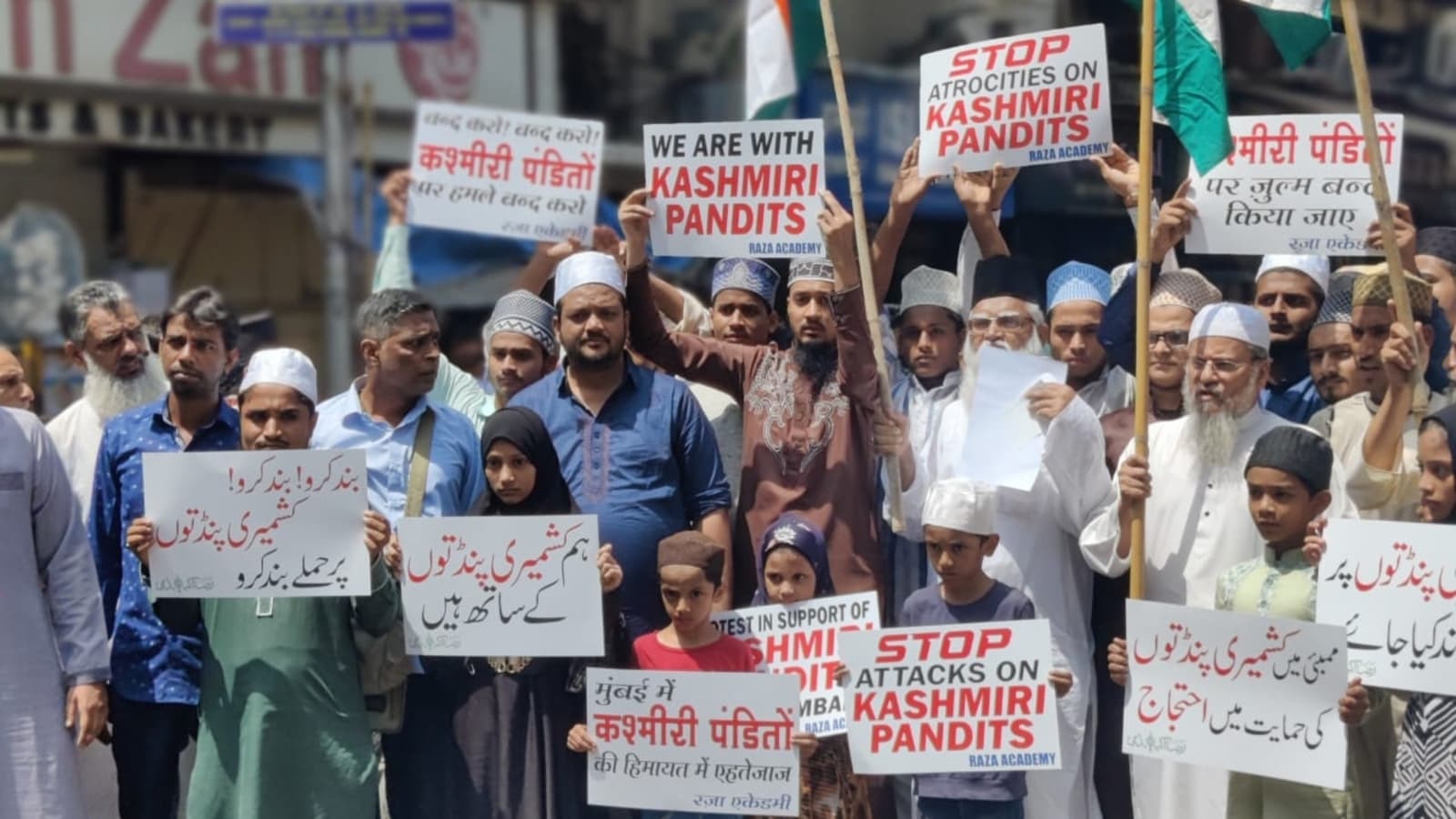 Members of the Islamic organization Raza Academy held a demonstration outside Mumbai’s Minara Masjid on Saturday against recent killings in Kashmir targeting Kashmiri pandits and Hindu migrants. Raza Academy President Muhammad Saeed Noori called on the authorities to take action against those who commit atrocities against the minorities in the valley, saying the Muslim community stands behind the Kashmiri pandits.

“Take action against those who are committing these atrocities. We stand by Kashmiri pandits,” ANI quoted the president of the Raza Academy as saying.

Raza Academy organized a protest outside the iconic Minara Masjid in Mumbai today, June 4, 2022, against the recent attacks on Kashmiri pandits and their mass exodus from Kashmir to Jammu.
The central government. had promised good governance and security of life and property pic.twitter.com/K5rBQOB0LH

The BJP-led central government has been criticized by opposition parties over the recent killing spree that has sparked another round of secession from the Valley. A bank executive identified as Vijay Kumar Beniwal was shot dead by terrorists in Kulgam district of Jammu and Kashmir on Thursday.

Chhattisgarh Chief Minister Bhupesh Baghel slammed the center saying the problem persists despite the strategy adopted by the government and the method of solving it “has been unsuccessful”.

“Previous Kashmiri pandits were killed and now Hindus (migrants) are being killed. Whatever strategy you (centre) chose, the problem still persists afterward. The method to solve the problem was unsuccessful,” he told ANI.