Mammootty Starring Thriller Gets OTT Release; Here’s everything you need to know 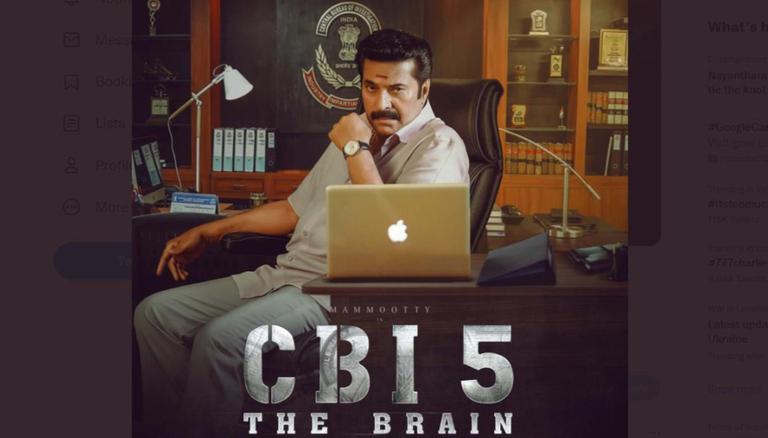 Mammootty’s long-awaited film CBI 5: The Brain became the talk of the town as soon as it hit the big screens on May 1, 2022, and was loved by viewers. In the fifth installment of the investigative thriller franchise, the star stepped into the wild avatar of Sethurama Iyer alongside Mukesh, Jagathy Sreekumar, Anoop Menon, Renji Panicker, Sai Kumar and others.

While fans have seen the film in theaters and given positive reviews, the film is now being shown on an OTT platform as well. Read on for all the relevant details.

Netflix India South recently adopted its official Twitter name and shared a delightful piece of information, revealing that the recently released film by Mammootty, CBI 5: The Brain will now be shown on Netflix from June 12, 2022.

Besides Mammootty in the lead role of Sethurama Iyer, the film’s other notable actors include Mukesh as Chacko, DySP, CBI, Jagathy Sreekumar as Vikram, DySP (Retired), CBI, Renji Panicker as Balagopal, DySP, CBI, Saikumar as DYSP Sathyadas , Anoop Menon as IG Unnithan, Soubin Shahir as Paul Meyjo/Mansoor/Sandeep, Asha Sharath as Adv. Prathibha Sathyadas, Dileesh Pothan as Chief Minister, Ansiba Hassan as Anitha Varma, CBI Officer, Prasanth Alexander as Sudhi Nair, SI, CBI, Santhosh Keezhattoor as DYSP Babu Raj, Prathap Pothen as Dr. George Abraham and others. The film’s plot revolves around the life of Sethurama Iyer, a high-ranking police officer who faces the most difficult case of his career, which revolves around a basket of murders of people who are connected.

Several fans rushed to the cinemas to see directed by K. Madhu CBI 5: The BrainThey took to social media to share their thoughts on the film. Several fans praised the film’s “suspenseful climax” and called Mammootty’s performance as Sethurama Iyer “fantastic”.

The actor was last seen in the 2022 drama film Puzhu and is now gearing up for the release of some of his highly anticipated films Nanpakal Nerathu Mayakkam, Rorschach, Bilal, and agent. While all films are set to be released this year, Bilalthe sequel to the film Big B expected to be released in 2023.