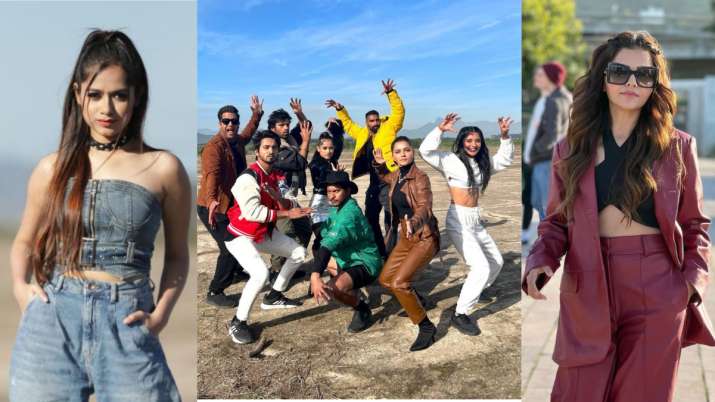 Khatron Ke Khiladi 12 is on the road to success. With an exciting lineup of contestants this year, the show, hosted by Rohit Shetty, left no stone unturned to entertain audiences with some super dangerous stunts. Viewers are already hooked on the show and cheering for their favorite contestant. Last week, actress Aneri Vjani was kicked out of the stunt-based reality show. Aneri was the second contestant after Erika Packard to be eliminated from the show. Though TV viewers still have time to witness more eliminations, multiple reports have surfaced online claiming the names of the top 3 contestants.

If the reports are to be believed, actresses Rubina Dilaik, Jannat Zubair, Mohit Malik, Faisal Shaikh and Tushar Kalia made the list of top five contestants. In fact, Rubina Dilaik and Jannat Zubair were even eliminated and finally Mohit Malik, Faisal Shaikh and Tushar Kalia are the top 3 contestants of Khatron Ke Khiladi Season 12. However, there is no official confirmation from the candidates or the creators in this regard. It is also said that the last few stunts could be filmed in India.

Recently all participants from Cape Town returned to India. Several videos and pictures of them from the airport have been circulated online. One such video showed actress Rubina Dilaik and her husband Abhinav Shukla, which attracted the attention of netizens. In the viral video, Abhinav came to pick Rubina up at the airport and while they were both posing, he excitedly raised Rubina’s hand and declared her the winner. The video went viral in no time, sparking speculation that she might be the show’s winner.