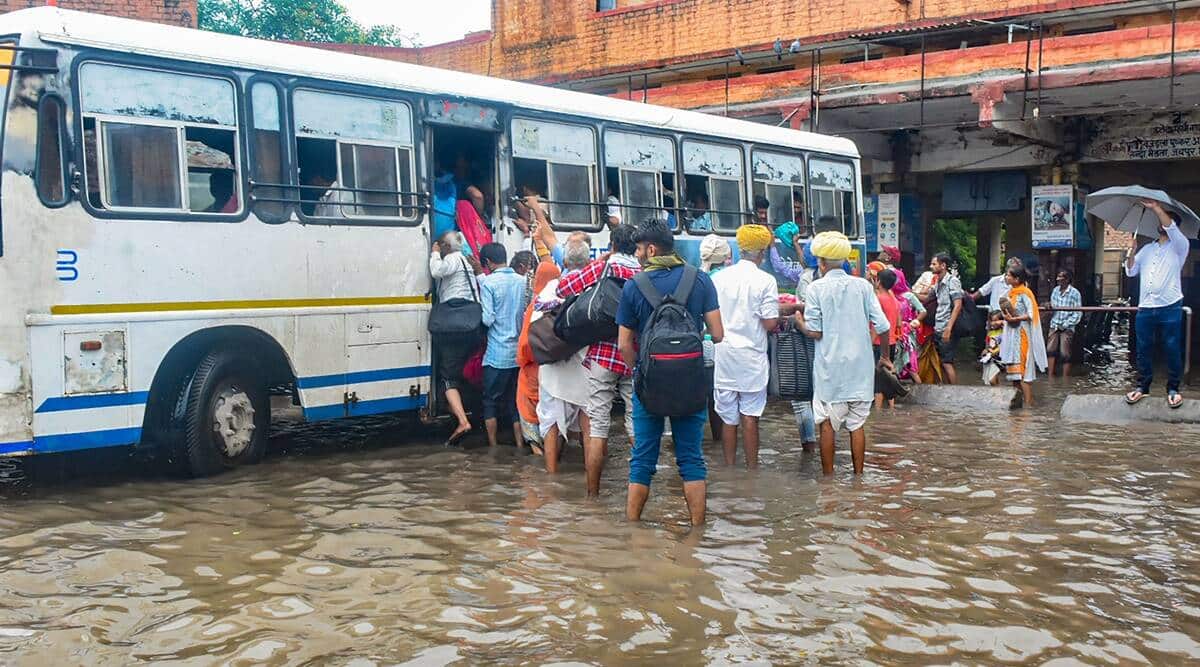 Live updates on weather in India: Rajasthan has also seen its highest July rainfall in 33 years this year. Since the southwest monsoon began over the state in early July, Rajasthan has recorded 290mm (through July 26), beating the previous 30-year record of 262.4mm set in July 2015. The precipitation data given by the India Meteorological Department (IMD). Bhilwara district witnessed extremely heavy rains in a 24-hour period that ended at 8.30am Tuesday, officials said. With Bhilwara receiving 205mm of rain, Chittorgarh (179mm) and Jodhpur (118.8mm), these three cities were the wettest regions in the country on Tuesday

Meanwhile, Gujarat has already recorded 68 percent of rainfall this monsoon season, although heavy rains were reported in Banaskantha, Sabarkantha and Aravalli on Tuesday. The average revenue is double that of 2021, when the state saw an average of 33 percent rainfall through July 26. The state is expected to experience moderate rainfall on Wednesday, according to the India Meteorological Department (IMD).

Elsewhere, Tuesday saw Mumbai experience its first dry day of the month as just 2.3mm of rain was recorded in the 24 hours to 8.30am. According to the Indian Meteorological Department (IMD) classification, precipitation over 2.5mm is categorized as light precipitation. Since July 1, the city has recorded continuous heavy to moderate rainfall.