‘Indian Lipstick Plant’ Rediscovered in Anjaw After 100 Years; picture inside 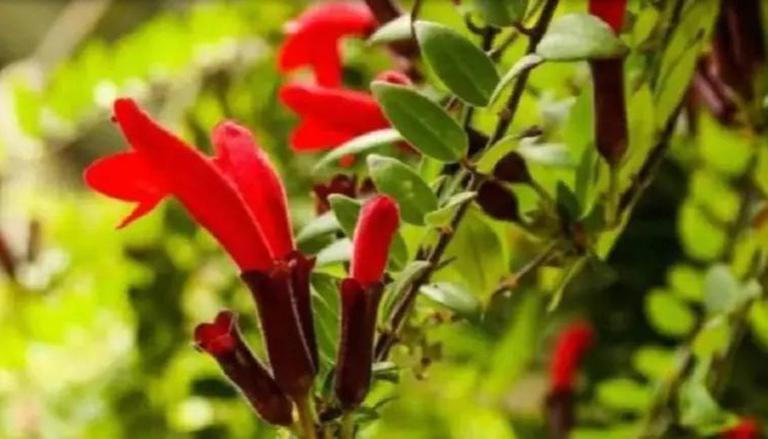 After more than a century, researchers from the Botanical Survey of India (BSI) have rediscovered a rare plant, sometimes referred to as the “Indian lipstick plant”. The plant is located in Anjaw district of Arunachal Pradesh.

Krishna Chowla, scientist at the Botanical Survey of India (BSI), wrote an article about his discovery that was published in the Current Science Journal. In his article, he said, “Because of the appearance of tubular red corollas, some species of the genus Aeschynanthus are referred to as lipstick plants.”

BSI scientist Krishna Chowla collected some specimens of Aeschynanthus from Hyuliang and Chipru in Anjaw district while studying floristry in Arunachal Pradesh in December 2021.

A review of the relevant documents, as well as a critical examination of the fresh specimens, confirmed that the specimens were Aeschynanthus monetaria, which had never been obtained from India since Burkill in 1912.

A thorough examination of the fresh specimens, as well as a review of the relevant records, confirmed that the specimens were Aeschynanthus monetaria, which had not been obtained from India since Burkill in 1912.

The generic name Aeschynanthus, according to the article co-authored by Gopal Krishna, derives from the Greek aischyne or aischyn, meaning humiliation or embarrassment, and anthos, meaning flower.

Aeschynanthus monetaria Dunn has fleshy circular leaves with a greenish upper surface and purplish-green underside, which makes it morphologically unique and distinguishes it among all Aeschynanthus species known from India. The specific epithet “monetaria” means “minty” and alludes to the appearance of its leaves.

The plant grows in humid and evergreen forests at altitudes from 543 to 1134 m. The flowering and fruiting season of the plant is between October and January.

The species has been provisionally listed as “Vulnerable” under the rules of the International Union for Conservation of Nature (IUCN), the global authority on the status of the natural world and the actions required to conserve it.

“Landslides are common in Anjaw district of Arunachal Pradesh. Development activities such as road widening, school building, new settlements and markets, and jhum cultivation are some of the major threats to this species in Arunachal Pradesh,” said Krishna Chowlu in the summary of the latest science report.

There have been many rediscoveries of different species in Arunachal, indicating the state’s rich biodiversity, but experts say more dedicated exploration is needed to discover more, according to Chowlu.