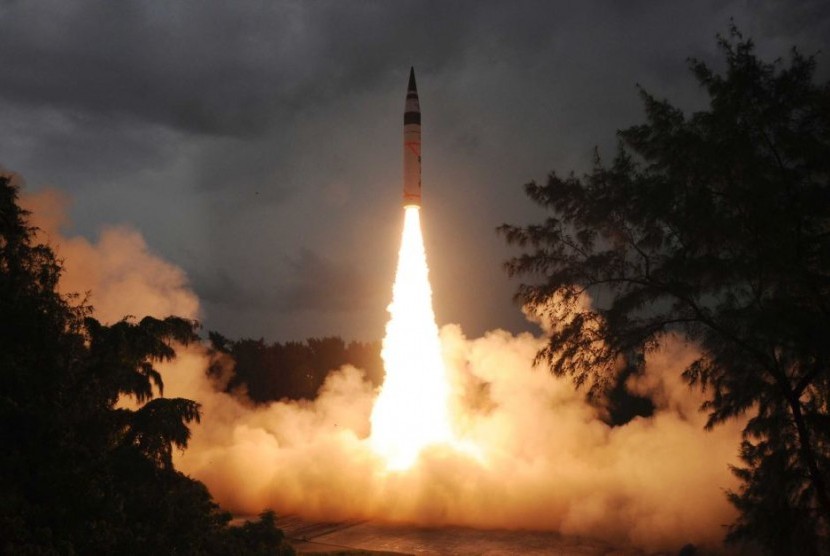 The launch of the Agni-4 was successful with a range of 4,000 kilometers.

REPUBLIKA.CO.ID, NEW DELHI – India announced its success in test firing a ballistic missile. On Monday (06/06/2022) local time, the Ministry of Defense announced that the launch of Agni-4 with a range of 4,000 kilometers was successfully carried out.

“The successful training launch of the Agni-4 medium-range ballistic missile was conducted on June 6, 2022 at around 7:30 p.m. from APJ Abdul Kalam Island, Odisha (Eastern India),” the Defense Ministry said in a statement. anadolu agencies, Tuesday (07/06/2022).

The successful test was part of the rollout of regular user training conducted under the auspices of the Strategic Forces Command. “The launch has validated all operational parameters as well as system reliability,” the statement added.

In this test, India wants to prove that its country has a credible minimum preventive capability. The Agni-IV is a long-range, nuclear-capable surface-to-surface missile with a range of 4,000 kilometers (2,500 miles).

In late April, India successfully tested an anti-ship version of the BrahMos supersonic cruise missile. In the same month, the Indian Air Force tested a BrahMos missile from a Sukhoi fighter jet on the east coast.

In March, India successfully tested the accuracy of its long-range BrahMos supersonic cruise missile. The missile was launched from Chennai, an Indian Navy stealth missile destroyer.