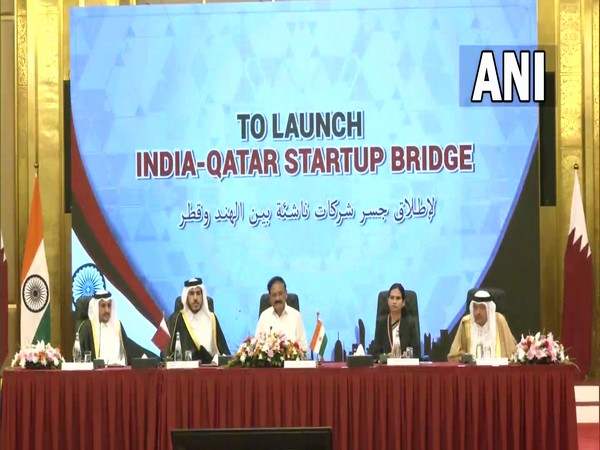 doha [Qatar]June 5 (ANI): Vice President M. Venkaiah Naidu said Sunday that India has a very robust economic partnership with Qatar and is getting richer with each passing day.
Speaking to business community members at the India-Qatar Business Forum in Doha, Qatar, the Vice-President said, “We now have a very robust economic partnership between India and Qatar that is getting richer every day. We have witnessed a steady increase in foreign direct investment from Qatar to India in recent years. The Qatar Investment Authority has committed investments of over USD 2 billion in Indian companies over the past two years. This bodes well for future growth.”
Naidu said the Indian Prime Minister’s mantra of “reform, perform, transform” has led to the removal of bottlenecks and archaic laws and procedures.
“The Indian government has not stopped working during the COVID-19 pandemic and in 2021 India eliminated more than 25,000 compliances,” he said at the Business Forum of India and Qatar.
Nadda went on to say that India has also deregulated many futuristic sectors such as drones, space and geo-mapping. India has made significant reforms to telecom regulations.
Nadda stated that India is striving to become a trusted partner for the world in global supply chains, saying “we are paving the way for free trade agreements.”
Speaking at the business event, Naidu continued, “I am confident that today’s business round table meeting has resulted in the exchange of new ideas and the creation of new partnerships. Her business interests are complemented by a robust political partnership between the leaders of India and Qatar.”

The vice president said that the Joint Business Council has been set up between the two sides’ business chambers and that a joint investment task force will advance its work.
“This morning, my meetings with the Qatari leadership focused on creating an enabling environment where businesses from both sides come together and engage in mutually beneficial cooperation. I am pleased that the Joint Business Council has been set up between the business chambers of both sides and that a Joint Task Force on Investments would advance their work,” he added.
Nadda welcomed that the Start-up Bridge launched today would connect our innovation and incubation systems.
“It is encouraging that Invest India and Qatar Investment Promotion Agency have entered into a partnership to advise and assist companies on both sides in exploring new and emerging opportunities. Launched today, the Start-up Bridge would connect our innovation and incubation systems. All of this bodes well, not only for both countries and our people, but for the world and planet as a whole,” he said.
Earlier this morning, the Vice President visited Sheikh Hamad bin Khalifa Al Thani, the father of Amir of Qatar, and then held delegation-level talks with Sheikh Khalid bin Abdulaziz Al Thani, Prime Minister and Interior Minister of Qatar.
Noting that Qatar is not only among the countries with the highest per capita income; but also the world’s most important gas supplier, the vice president said he was deeply impressed by the progress Qatar was making on its development path.
During this visit, the Vice President will be greeted by Dr. Bharati Pravin Pawar, Minister of State for Health and Family Welfare, Sushil Kumar Modi, Member of Parliament, Vijay Pal Singh Tomar, Member of Parliament, P. Raveendranath, Member of Parliament and is accompanying senior officials from the Vice President’s Secretariat and the Ministry of Foreign Affairs. (ANI)