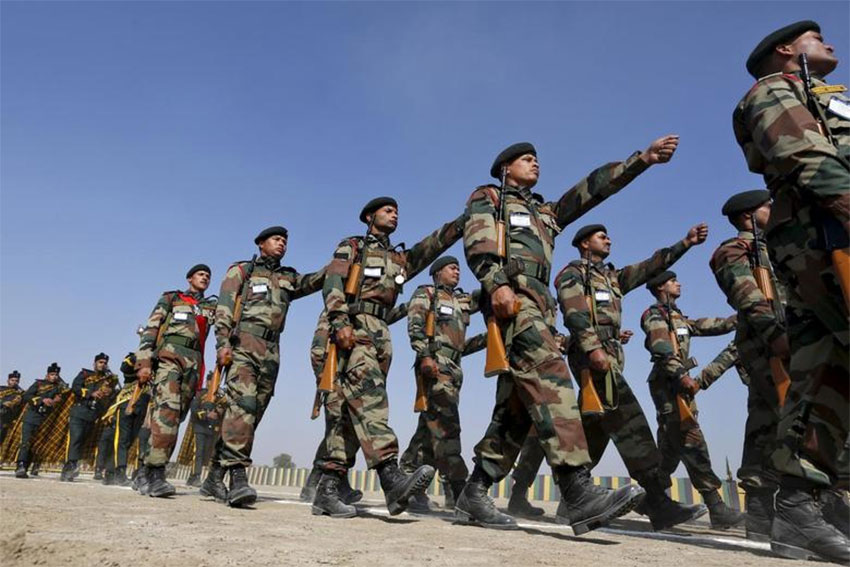 NEW DELHI – military India reworked the recruitment process for personnel below the rank of officer. The move aims to deploy younger and fitter troops on the front lines.

India, which shares a highly militarized border with Pakistan and is locked in a high-Himalayan dispute with China, has one of the largest military forces in the world, with about 1.38 million soldiers.

Soldiers were recruited separately from the Army, Navy, and Air Force, and usually enter service for terms of up to 17 years for the lowest rank. Under the new system, men and women between the ages of 17.5 and 21 will be enlisted in the armed forces, many for a maximum term of four years.

According to the Indian government, up to 46,000 soldiers will be recruited on four-year contracts this year. Of that number, a quarter is expected to be retained at the end of this term.

“This program will strengthen national security and provide military service opportunities for our youth,” Defense Minister Rajnath Singh told reporters in New Delhi on Tuesday (6/14/2022), as quoted by Reuters.

Military officials say the new system, called Agnipath, which means “fire path” in Hindi, will help lower the average age of armed forces personnel. “In the Indian Army, the largest of its three armed forces, the average age will drop from 32 to 26,” said its leader, General Manoj Pande.

Read: The sad story of India’s young Muslim activist whose father was arrested by the police and whose home was destroyed

“A younger profile will help troops train in newer technologies more easily, and their health and fitness levels will be much better,” Singh said. He added that employers would benefit from having a skilled workforce once they leave the armed forces.

Meanwhile, Indian forces were reported to have killed two insurgents in Kashmir on Wednesday, one of whom is alleged to have shot dead a bank manager earlier this month, police said. India has been fighting an Islamic separatist insurgency in Kashmir since the late 1980s.

“Indian forces killed two insurgents in an exchange of fire this morning, one of whom, Jan Mohammad Lone, was involved in the killing of a bank executive,” said Kashmir Police Chief Vijay Kumar.