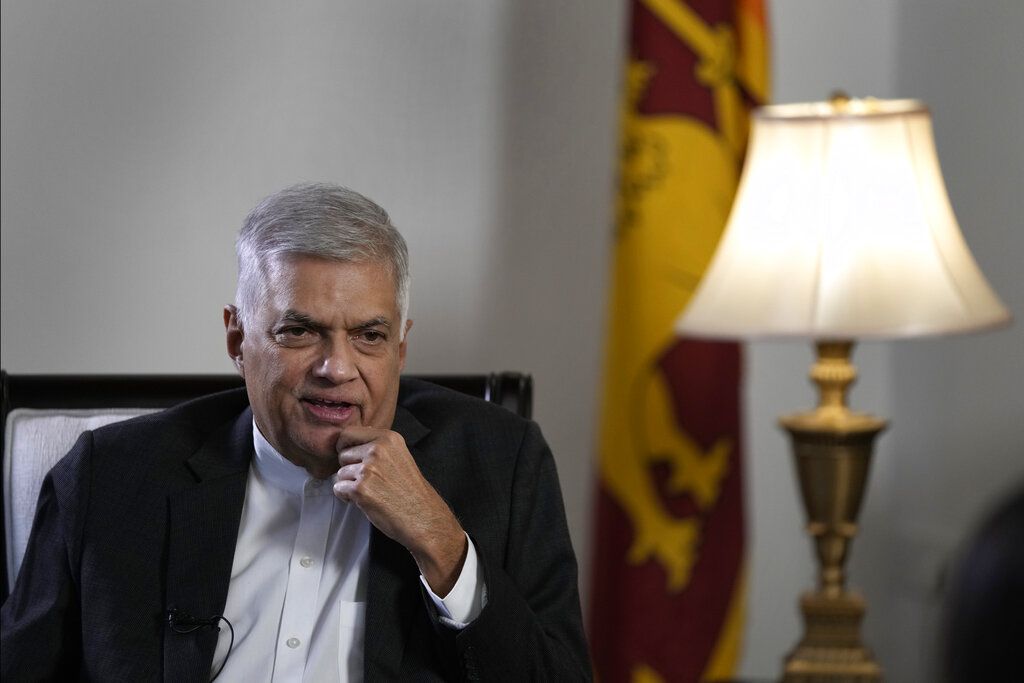 Sri Lankan Prime Minister Ranil Wickremesinghe said that India has helped the island nation much more than China while going through a major economic crisis. Wickremesinghe was appointed Prime Minister of Sri Lanka amidst huge inflation and the resulting protests. In an exclusive interview with WION Editor-in-Chief Palki Sharma, the Sri Lankan Prime Minister explained that China has a lot of bureaucracy when it comes to helping Sri Lanka and that it is therefore more focused on negotiations with India.Also read – Travis Head is not optimistic about his chances in Australia if he plays Sri Lanka in the eleven due to the return of David Warner

“They (China) have helped in some ways, but big deals didn’t materialize because we were focused on India. I don’t think they could get much from China and Japan in that time. It’s not Colombo’s fault as we chose to focus on India because India raised the money. And that’s what we wanted. It’s a question of who had less bureaucracy,” Wickremesinghe said in an interview. Also Read – Breaking News Highlights of May 26: India Supports Close Friend Sri Lanka in Any Way It Can Amid Economic Crisis: PM Modi

“I spoke to other ministers from India. Will speak to PM (Narendra) Modi. Contacted finance and foreign ministers. I also spoke to S. Jaishankar before the crisis, when we met in Abu Dhabi we had a long talk in which I told him that the crisis is coming. I will speak to PM Modi and thank him,” he added. Also Read – Sri Lanka Cricket Donates US$2 Million to Country’s Hospitals

Wickremesinghe was quick to point out that the Sri Lankan government does not believe China has failed them in difficult times and made it clear that he will be speaking with China about the donors’ conference aimed at “Sri Lanka’s reconstruction and development”. .

“I don’t think they (China) have failed Sri Lanka. Well I think actually we should have negotiated with them (China) but we didn’t. I can’t understand why we didn’t do that. We just made an inquiry.”

“With the crisis in Sri Lanka, they (China) have been silent for several months. I don’t know how much the previous government negotiated beforehand. But I intend to start talks with China. And get them to attend the donor conference. They agreed to attend the pledging conference and receive aid that way,” he said, while explaining his government’s future stance on China.