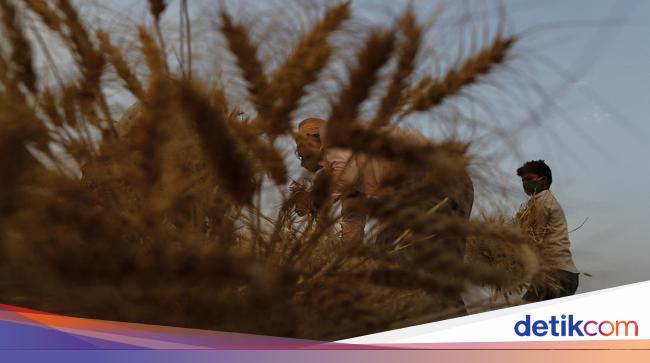 Indian government bans exports Wheat since Friday (13.5.) in the evening local time. The ban was implemented because of a heat wave that caused restricted production and rising prices.

In fact, many countries are dependent on India after the world’s largest wheat producer, namely Ukraine, faced difficulties in production and export due to the Russian attack. Indonesia is one of the importers of wheat from India.

Apart from that, Indonesia had apparently reduced imports from the Bollywood country before India banned wheat exports. This comes from data from the Central Statistics Agency (BPS), which found that the value of wheat imports from India to Indonesia fell by 94.91% annually in April 2022.

Global wheat prices have risen sharply due to India’s export ban. Futures traded in Chicago rose 5.9% to $12.47 a bushel, or the highest in two months.

Apart from the export ban from India, rising prices Wheat also due to the effects of the Russian invasion of Ukraine. The two European countries account for almost a third of global wheat exports.

“If this ban happened in a normal year, the impact would be minimal, but the loss of supply from Ukraine is compounding the problem,” said Andrew Whitelaw, grain analyst at Thomas Elder Markets in Melbourne. Bloomberg.