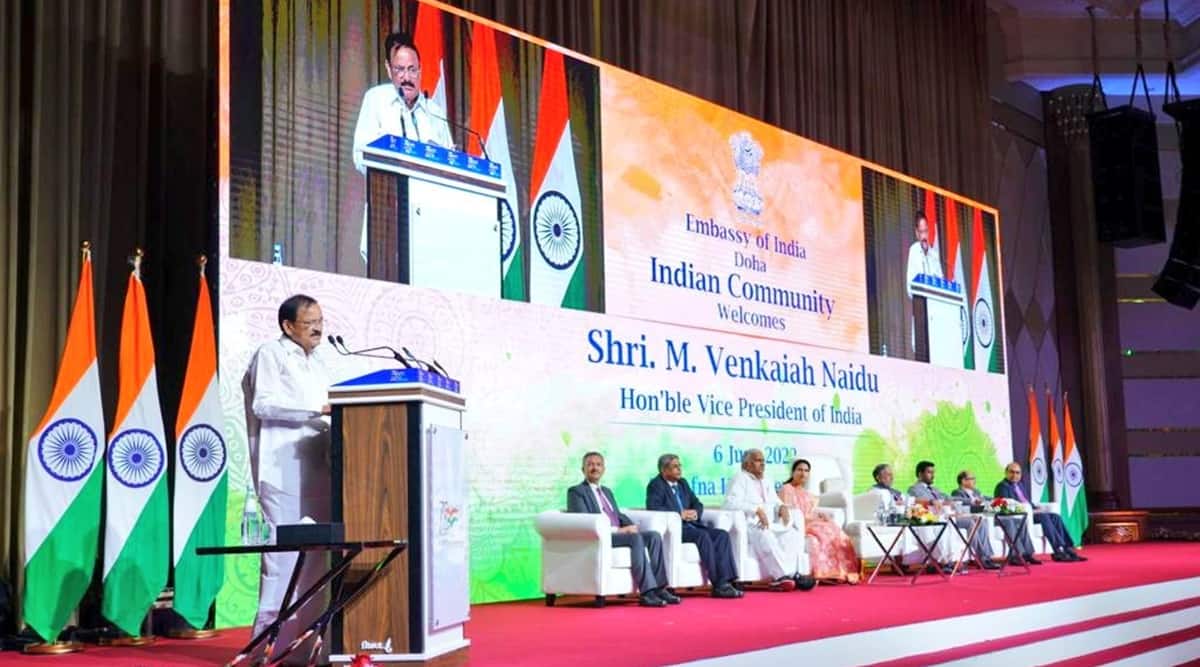 His comments at a community reception in Doha, Qatar on Monday came amid protests in India and condemnation by several Muslim countries of the controversial statements made by two BJP members against the Prophet Mohammed.

Qatar was the first country to officially take up the New Delhi issue.

According to the text of his speech released by the Vice President’s Secretariat, Naidu said, “Underlying our constitutional architecture is the solid foundation of ‘inclusion’ of leaving no one behind. It is the vision that is echoed in the overarching philosophy of the current government led by Prime Minister Modi, which believes in “Sabka Sath, Sabka Vikas, Sabka Vishwas and Sabka Prayas” (along with all, development for all, the trust of everything and effort of everyone).

The vice president said the government cares for everyone, especially the marginalized who need support.

“It is highlighted by the free distribution of grains under Pradhan Mantri Garib Kalyan Anna Yojana to over 80 million people to ensure no poor household went to bed without (food) during the COVID-19 pandemic, as did the Ayushman Bharat ensures healthcare by providing health insurance to over 50 million people,” he said.

The 7.80 lakh Indian community in Qatar is a living bridge between the two countries, the vice president said.

“Some of you have been here for over 40 years. They would have noticed how well India-Qatar relations have progressed since Prime Minister Narendrabhai Modi activated the “Look West” policy. He has a personal interest in actively engaging with the Qatari leadership,” he said.

Despite the challenges posed by the coronavirus pandemic, the two countries recorded their highest-ever bilateral trade of over $15 billion last year.

India, he stressed, is Qatar’s third largest trading partner. Since March 2020, Qatar’s foreign direct investment in India has quintupled. Over 50 wholly owned Indian companies in Qatar are active in diverse sectors such as infrastructure, information technology and energy, and the 15,000 jointly owned companies give new impetus to the Indo-Qatari economic partnership.

“We are building a comprehensive energy partnership. Cooperation between India and Qatar will be strengthened in the areas of defence, security, health care and education. Yesterday we agreed to set up an Indian chair at Qatar University and to continue cooperation in the fields of sport and culture. We have also launched a startup bridge between India and Qatar to connect the two countries’ innovative ecosystems,” Naidu told the gathering.

India and Qatar will soon mark the 50th anniversary of full diplomatic ties, he said.