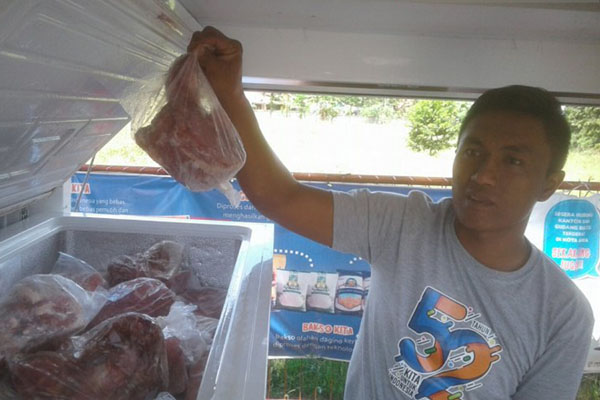 Suyamto said Bulog conducted a PCR test at the Veterinary Farma Center on June 2 to confirm the condition of frozen buffalo meat imported by Bulog from India, in response to the widespread news of foot-and-mouth disease affecting cattle in several areas . 2022.

“Thank goodness yesterday’s PCR test results [Sabtu, 4/6/2022] has brought out negative results, so Bulog is even more confident to distribute this frozen buffalo meat commodity to meet the country’s meat needs,” Suyamto said in an official Bulog statement on Sunday (5/6/2022).

“Before shipping to Indonesia, it was confirmed that the buffalo meat imported by Bulog was only exported by Suppliers which has received Halal certification from the Indonesian Ulema Council. In addition, it has met animal health criteria and is suitable for human consumption [fit for human consumption] as stated in the health certificate [Health Certificate] from the Veterinary Institute in India,” continued Suyamto.

This is an alternative for consumers to cover meat availability and keep meat prices stable at the consumer level.