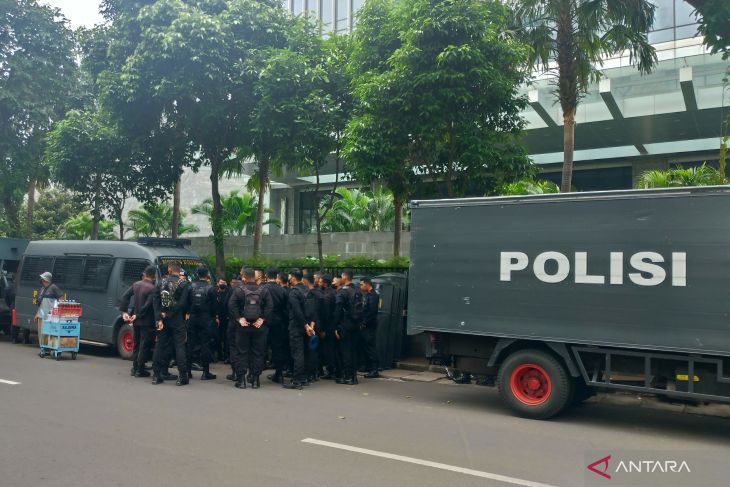 JAKARTA (ANTARA) – The Setiabudi Metro Police Department deployed hundreds of personnel to secure the demonstration of religious organizations at the Embassy of India in the Jalan HR Rasuna Said area, South Jakarta.

“There are 600 people prepared, there is a Barracuda, there are tactical vehicles,” Setiabudi Metro Police Chief Kompol Agung Permana said in Jakarta on Friday.

According to Agung, the 600 employees are a combination of Polsek, Polres and Polda, who are already on standby in front of Gama Tower.

In addition, since 11:30 WIB before Friday prayers, the police have also prepared a number of crowd control vehicles, e.g. B. tactical vehicles to water cannon cars.

Agung stated that there was no river diversion as the fast lane could still be used and the slow lane from Jalan Epicentrum to Hotel Luwangsa was closed.

“Nothing, but the fast lane can be used later. At least the slow trail from Jl. Epicentrum to Luwangsa Hotel is closed because crowds will be on the highway on the slow lane they use of public and slow lanes,” he said.

Agung also made an appeal to allow the demonstration to proceed properly and according to the 6pm WIB limited procedure.

Demonstrations by religious organizations such as PA 212 sued Indian politician Nupur Sharma for insulting Prophet Muhammad crowded some time ago.