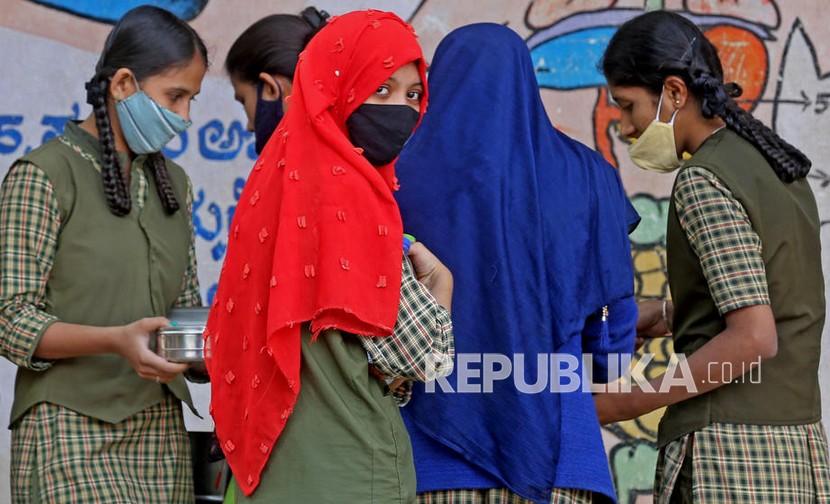 Hezbollah will hold peaceful demonstrations in support of Indian Muslims.

REPUBLIKA.CO.ID, JAKARTA – The youth of Jama’ah Muslim (Hezbollah) will hold a peaceful protest in front of the embassy on Tuesday (2/22/2022). India in Jakarta to support Indian Muslim girls and college students who have experienced human rights violations because they are forbidden from wearing the hijab.

“This action was taken as a form of our support and defense of Muslim students in India in the face of the ban on hijab and the persecution carried out against them,” said the head of the Jama’ah Muslimin (Hezbollah) youth. Muhammad Ridwan Talib in a written communication RepublicaTuesday (2/22/2022).

Ridwan revealed that there will be readings of statements, speeches and poems at this event. Around 100 participants from the Muslim Jama’ah youth in Jabodetabek will take part in this event.

He also appealed that participants can later follow the action in an orderly manner and continue to comply with health protocols by wearing masks and keeping their distance.

Previously, Pemuda Jama’ah Muslimin also criticized the ban on hijab for Muslim students in Indian schools and colleges as a human rights violation. In their opinion, what is happening in India goes against the teachings of Mahatma Gandhi, the founder of the state of India.

“All civil society groups opposed to the hijab ban policy in India are conveyed that this stance is not only against religious principles, human rights, even Mahatma Gandhi’s teachings of non-harm (ahimsa) and love for humanity (swadesi ), said Ridwan.

Youth Jama’ah Muslimin calls on the Government of India and the ruling party in India to live together and embrace the nearly 200 million Muslims as citizens and compatriots. Because Muslims in India are an impossible part of Indian history.

Ridwan said the headscarf ban at universities in the southern Indian state of Karnataka has sparked a major controversy amid growing concerns that attacks on Muslim symbols and practices are part of a right-wing Hindu agenda to impose majority values ​​on minorities.

On Tuesday (February 15, 2022), Muslim students and students who wore the hijab were banned from schools and colleges in all Indian states. The country’s 200 million Muslims fear the hijab ban violates their religious freedoms guaranteed in India’s constitution. The US Ambassador for International Religious Freedom said the ban would stigmatize and marginalize women and girls.

“The Bharatiya Janata Party (BJP), which governs both Karnataka and the center, has backed the discriminatory ban. The BJP has campaigned for decades for the adoption of the Uniform Civil Code (UCC), which minorities believe will be tantamount to the implementation of Hindu law,” said Ridwan.