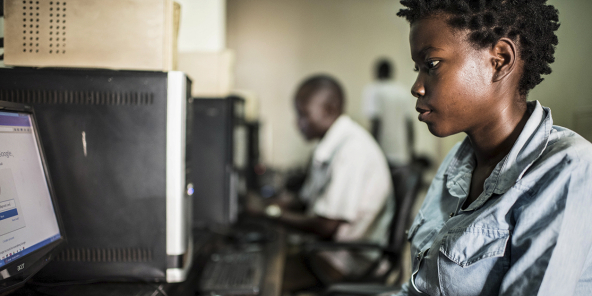 After Amharic, Hausa and Swahili, ten new African languages ​​can now be translated by the Google translation service. Therefore, in addition to Asian or South American languages ​​such as Bhojpuri (India, Nepal, Fiji), Dhiveri (Maldives) or Quechua (Peru), among the approximately 2,000 idioms commonly used on the African continent, a handful of new idioms are made available to the Internet user.

Google is proud to help “break down language barriers” and “connect communities around the world”, ensuring support for people whose languages ​​remain underrepresented in most technologies. “Google Translate users have never been so numerous, but we still have work to do to make it universal and accessible to all,” the tech giant’s CEO, Indian Sundar Pichai, said on May 11. He was speaking at “Google I/O,” an annual two-day conference hosted by Google at the Moscone Center in San Francisco, California.

This innovation represents a “significant new step” in the technology used by Google Translate, pointed out Isaac Caswell, a Google engineer. “These languages ​​are the first to be added via the ‘Zero-shot’ translation software,” explains the engineer. This learning model allows this machine to translate a language without taking inspiration from an existing example.

The languages ​​represented are mainly European and neglect linguistically very different regions, such as Africa

Originally, the company used bilingual dictionaries to develop the Google Translate service. A costly and time-consuming approach that is later replaced by statistical machine translation based on a large database. For these 24 new languages, the artificial intelligence machine also enables the translation of texts without a previous database.

This innovation helps “expand coverage to many communities that have been very neglected, not only by Google but by other technologies in general,” added Isaac Caswell.

Google has also relied on people whose first language is these 24 new idioms. “Your help has been fundamental to our work,” said the company, which has worked with more than 100 people and institutions.

“Although translation services cover the world’s most commonly spoken languages, they only cover about 100, or just 1% of all languages ​​in existence,” Google acknowledged. In addition, the languages ​​represented are mainly European and neglect linguistically very different regions such as Africa or America. »