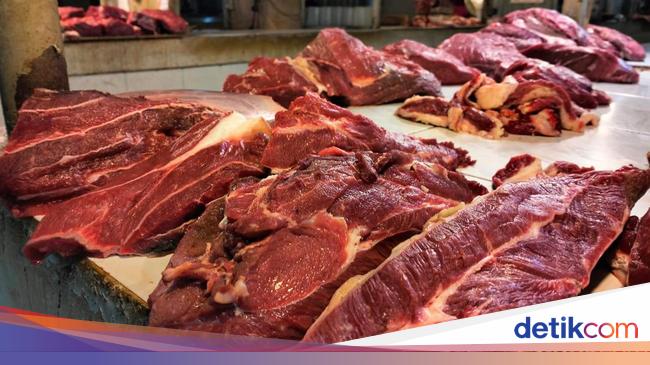 The mouth and nail disease (FMD) epidemic has swept Indonesia since late April 2022. This has caused people to be cautious about eating meat, including buffalo meat.

In response to this problem, Perum Bulog has ensured that imported frozen buffalo meat coming to Indonesia is free of foot and nail disease (FMD). This frozen meat is imported by the government as an alternative for consumers to cover meat availability and keep meat prices stable at the consumer level.

This was confirmed directly by Peru BULOG’s Director of Public Supply Chain, Mokhamad Suyamto, after receiving a NEGATIVE PCR result for BULOG’s frozen buffalo meat samples from the Center for Veterinary Pharmacy, Directorate General of Livestock and Animal Health. /2022).

Suyamto said that in order to confirm the condition of BULOG’s imported frozen buffalo meat from India and also to respond to the widespread news of foot and nail diseases affecting cattle in several areas, BULOG conducted a PCR test at Veterinary Farma in June Center through 2, 2022.

“Alhamdulillah, the results of the PCR test yesterday (Saturday 04/06) returned a NEGATIVE result, so BULOG is even more confident in distributing this frozen buffalo meat product to meet the meat needs in the country,” Suyamto said.

He added that Bulog routinely carries out laboratory tests, including PMK tests, to ensure frozen meat from India meets the health requirements set by the government.

In addition, Suyamto added that prior to the FMD outbreak, the buffalo meat import mechanism managed by BULOG had passed inspection by the Indonesian Ministry of Agriculture, as each container upon arrival in Indonesia was immediately inspected by the Tanjung Priok Quarantine Center of the Ministry of Agriculture and certified by the Central Bureau of Investigation.

“Before shipping to Indonesia, it is confirmed that the buffalo meat imported by BULOG is only exported from suppliers who have received Halal certification from the Indonesian Ulema Council. Besides, it has also passed the animal health criteria and is fit for human consumption as stated in a health certificate from the Veterinary Institute in India,” Suyamto said.

As additional information, the Perum government has commissioned BULOG to import 100,000 tons of frozen buffalo meat in 2022.

With the current stock of frozen buffalo meat controlled by BULOG amounting to 46,000 tons, BULOG has managed to overcome the need for an increase in demand for frozen meat, allowing meat prices to remain stable during Ramadan and Eid yesterday .