For this reason, 212 alumni crowds gathered at the Indian Embassy in Jakarta 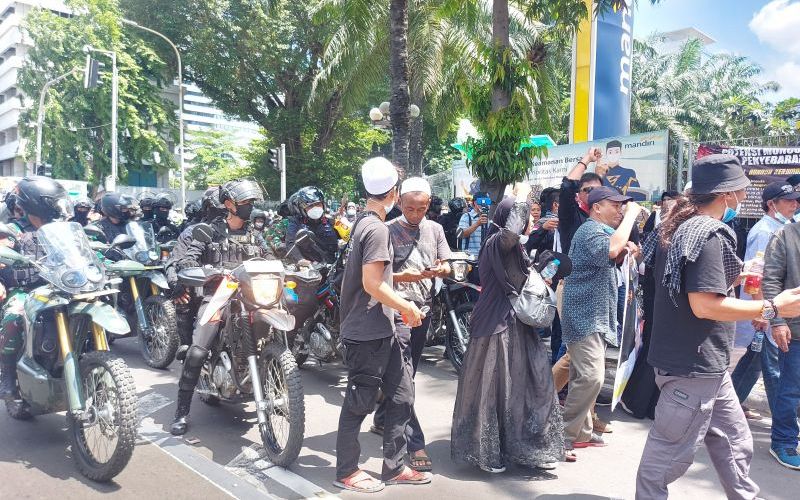 This demonstration is related to the statement by Bharatya Janata Party (BJP) spokesman Nupur Sharma which was considered to be insulting to Prophet Muhammad SAW.

monitoring Business, The bulk of the action had already gathered on site. It was also observed that there was a command car for speakers to deliver speeches.

According to him, Nupur Sharma’s statement insulting the Prophet Muhammad regarding his relationship with Siti Aisyah offended Muslims.

“I want to ask Muslims who are offended or not?” Hanif asked the crowd outside the Indian Embassy on Friday (6/17/2022)

“Offended,” replied the crowd of action.

“When the Messenger of Allah and Sayyidina Aisyah were insulted, they were abused, from Allah for us it was more painful than being insulted to our father and mother,” Hanif said.