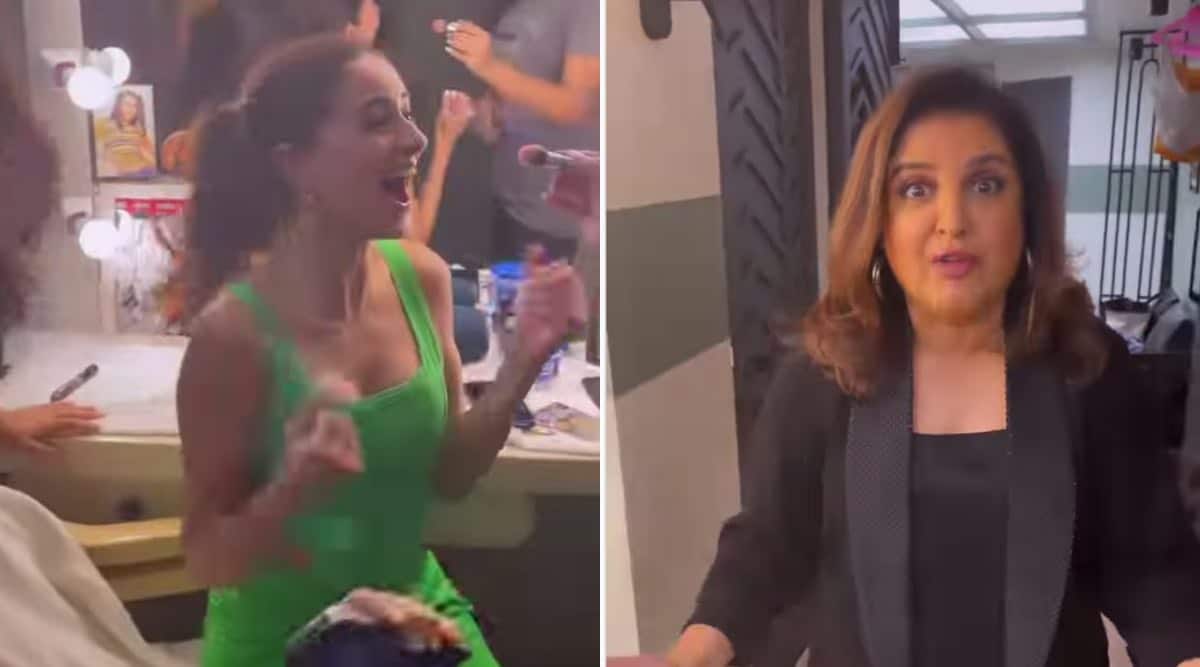 Actress Ananya Panday was almost fooled into believing that she won the National Award for Khali Peeli, or so it seems. In a hilarious video shared by the actor, choreographer and filmmaker Farah Khan rushes into the dressing room in a rather hilariously over the top way and says, “Ananya, you’ve won the national award for Khali Peeli.” ananya starts screaming excitedly and Farah rains down her parade by saying “I was kidding” mimicking Chunky Panday’s character Akhri Pasta in the Housefull series.

The subsequent exchange on Instagram was even more exciting. Ananya’s father, Chunky Panday, commented, “Farah, you should get the award for exaggerating in this video.” Farah Khan replied, “Apni beti ko sambhal pehle (Take care of your daughter first). Bhavana Panday commented with several laughing emoticons.

Ananya Panday made her Bollywood debut in 2019 with Student Of The Year 2, which also starred Tiger Shroff and Tara Sutaria. She later starred in Pati, Patni Aur Woh and then Khali Peeli with Ishaan Khatter. She was most recently seen in Shakun Batras’ native noir Gehraiyaan, which starred Deepika Padukone, Siddhant Chaturvedi and Naseeruddin Shah in key roles. She is currently awaiting the release of Vijay Deverakonda starring Liger, which was filmed simultaneously in Hindi and Telugu. Directed by Puri Jagannadh, who is also one of the producers alongside Karan Johar and Charmme Kaur.

Meanwhile, Farah Khan, who burst into Bollywood with the 2004 film Main Hoon Na, has directed several films including Om Shanti Om, Tees Maar Khan and Happy New Year. Regarding her next film, Farah Bollywood Hungama previously said, “I do what I want. If I want to do something with my heart, it will happen. I tried to do a film with Rohit Shetty but it didn’t work out for a number of reasons.” She added that while she doesn’t mind not getting critical acclaim for her film, she would like to get mass praise. “Paise aana chahiye, nobody should lose money. When people go to a theatre, paisa vasool hona chahiye.”