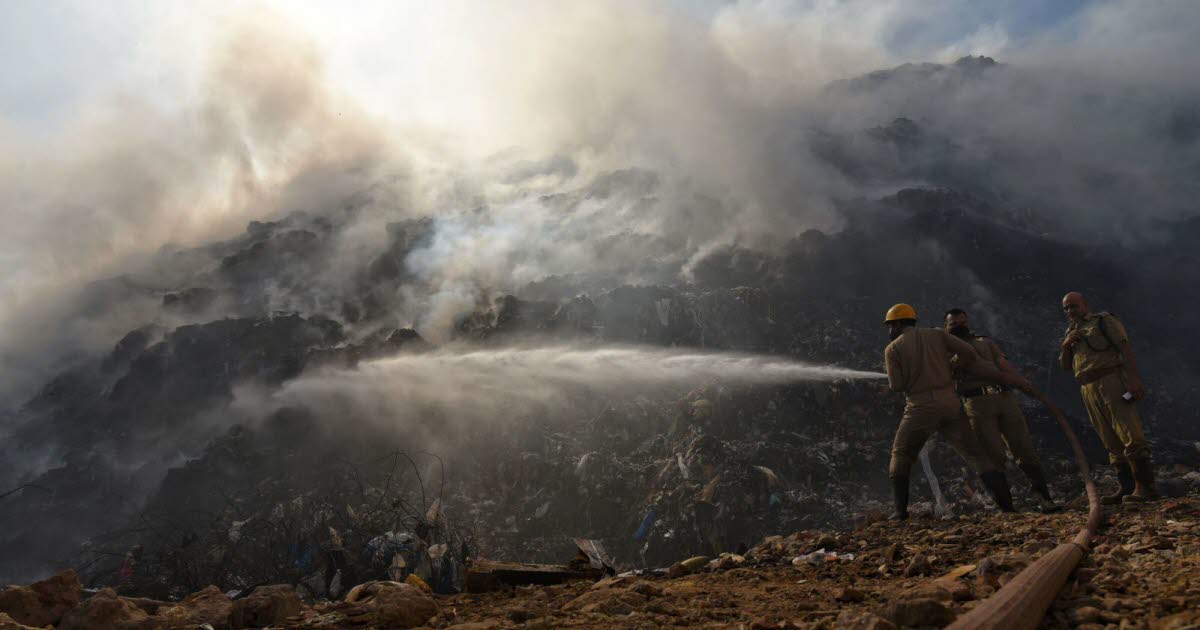 Delhi Fire Brigade on Thursday battled a blaze that broke out three days ago at one of the Indian capital’s huge garbage dumps amid an extreme heatwave in the north of the country.

Up to 46 degrees Celsius

Meteorologists predict temperatures in Delhi could reach as high as 46 degrees Celsius on Thursday. Authorities have issued a warning and advised vulnerable people to avoid going out.

Four brigades, or around 30 firefighters, were still fighting the blaze in hard-to-reach areas of the landfill as of Thursday morning, the third day of the fire, a fire official in the capital said, adding that the blaze could be brought under control Friday. No casualties were reported and authorities are investigating the cause of the fire.

At least 10 fire engines struggled through Tuesday night as the fire engulfed the 60-meter-tall pile of rubbish in Bhalswa, north Delhi, adding to air pollution with thick smoke.

click “I accept all cookies”authorize the setting of cookies to store your data on our websites and applications for the purposes of advertising personalization and targeting.

You have the option to revoke your consent at any time.
Manage my choices


The megalopolis of more than 20 million people lacks modern infrastructure to process the 12,000 tons of waste it produces every day.

Three more fires broke out in less than a month at the capital’s largest landfill, Ghazipur, a gigantic mountain of rubbish 65 meters high.

Temperatures above the seasonal norm

Experts attribute these fires to the scorching heat currently hitting the city. According to Pradeep Khandelwal, ex-Head of Delhi’s Waste Management Department, all of these fires are likely caused by the extremely high temperatures that accelerate the decomposition of organic waste. “Dry, hot weather creates excess methane gas in landfills that ignites such fires,” he explained.

Since March, the city has experienced temperatures above seasonal norms. Delhi recorded a high of 40.1 degrees in March, the hottest temperature recorded in the capital that month since 1946.

Heat waves have killed more than 6,500 people in India since 2010, and scientists say they are becoming more frequent but also more severe due to climate change.