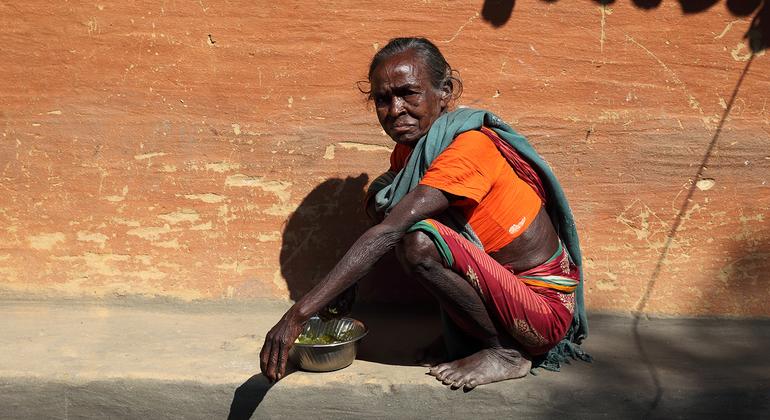 The Extreme Heat affects hundreds of millions of people in one of the most densely populated areas in the world and threaten to damage entire ecosystems.

Working closely with health and disaster management agencies, the national meteorological and hydrological departments of both countries plan to launch heat health action plans that have successfully saved lives in recent years, the UN weather agency said in a Explanation.

Extreme heat has multiple and cascading impacts not only on human health, but also on ecosystems, agriculture, water and energy supplies, and key sectors of the economy.

WMO affirmed his engagement to “ensure early warning services for multiple threats reach the most vulnerable”.

Both India and Pakistan were successful Heat early warning systems and existing action plans, including those specifically tailored for urban areas.

They reduce heat mortality and reduce the social impacts of extreme heat, including lost labor productivity.

Important lessons learned from the past are now being shared among all partners in the WMO co-sponsored Global Heat Health Information Network to improve capacity in the hardest-hit region, WMO Advanced.

The India Meteorological Department said the maximum temperatures reached 43-46°C in wide areas on April 28 and that this intense heat will last until May 2.

Similar temperatures have also been observed in Pakistan, with daytime temperatures likely to be between 5C and 8C above normal across much of the country, Pakistan’s Meteorological Department said.

They also warned that unusual heat would accelerate in the mountainous regions of Gilgit-Baltistan and Khyber Pakhtunkwa Snow and ice meltwith the possibility of triggering glacial lake flooding – or flash flooding in vulnerable areas.

Air quality has also deteriorated and large areas of the country are at risk of fire.

In line with “Climate Change”

According to the WMO, “It is premature to attribute this extreme heat in India and Pakistan can be attributed solely to climate change‘, however, the agency continues, ‘it is consistent with what we expect in a changing climate’.

In addition, heat waves are more frequent, more intense and start earlier than in the past.

The Intergovernmental Panel on Climate Change (IPCC) also stated in its most recent Sixth Assessment Report that heat waves and humid heat stress would become more intense and frequent in South Asia this century.

The current heat wave was triggered by a high pressure system and follows an extended period of above average temperatures.

India recorded its warmest March on record with an average high temperature of 33.1°C, or 1.86°C above the long-term average.

Pakistan also recorded the warmest March in at least 60 years, with a number of stations breaking March records.

Excessively high temperatures are a regular occurrence in both India and Pakistan during the pre-monsoon season, particularly in May.

India has put in place a national framework for heat action plans through the National Disaster Management Authority, which coordinates a network of state disaster management agencies and city leaders, to prepare for rising temperatures and ensure everyone is aware of heatwave protocols.

The city of Ahmedabad, India was the first South Asian city to develop and implement a city-wide health adaptation to heat in 2013 after experiencing a devastating heatwave in 2010. This successful approach was then expanded to 23 heatwave-prone states, serving to protect more than 130 cities and counties.

In the Pakistani province of Sindh, a mother tries to protect her four-year-old daughter from the scorching heat.

Pakistan has also made strides in protecting public health from the heat. In the summer of 2015, a heat wave swept through much of central and north-western India and eastern Pakistan and was directly or indirectly responsible for several thousand deaths.

The event acted as a wake-up call, leading to the development and implementation of the Heat Action Plan in Karachi and other parts of Pakistan.

Typical plans ensure that the targeted intervention is appropriate and designed for a city’s heat-prone population.

First, the city’s heat hotspots are identified, vulnerable populations are located in those niches, and the nature and status of their vulnerability to extreme heat is assessed.