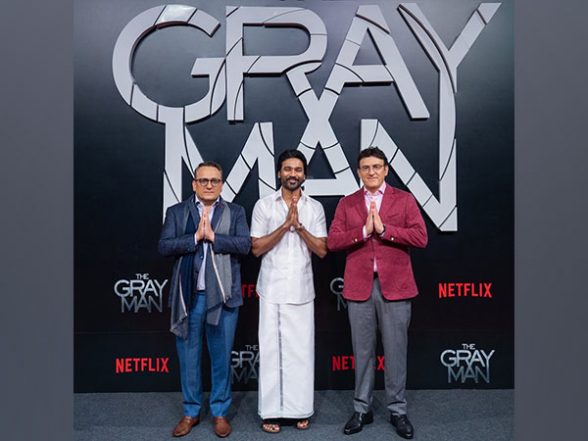 During their visit to India, the ‘Avengers: Endgame’ directors said: “Being here in India has given us a first hand look at how much entertainment is thriving here allowing people around the world to enjoy the film and see Dhanush in action . He is a consummate professional who we deeply admire and respect and we truly look forward to further opportunities to work together again.”

Taking to Twitter, the Russo Brothers shared a series of pictures from the premiere night and wrote, “Such a beautiful night. Thank you India! Always such a pleasure to visit. I’m back soon! #TheGrayMan @NetflixIndia.”

South actor Dhanush made his Hollywood debut in The Gray Man opposite Chris Evans and Ryan Gosling.

Sharing his experiences working on his first Hollywood film, the ‘Raanjhana’ actor said: “The Russo Brothers taught me patience among many other things and I had a wonderful learning experience on the sets of ‘The Gray Man’ . It was an incredible experience and I enjoyed every moment of it. It has always been my intention to explore and learn more, and I look forward to many such experiences.”

“The Gray Man” is CIA agent Court Gentry (Ryan Gosling), also known as Sierra Six. Donald Fitzroy, played by Billy Bob Thornton, was bailed out of federal prison and recruited by his handler.

The crime film is currently streaming on Netflix. (ANI)