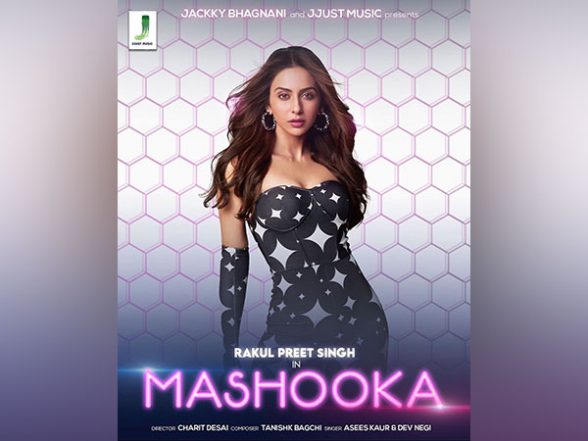 Taking to Instagram, the ‘De De Pyar De’ actress shared the teaser of the upbeat track with the caption, “It’s officially time for the song to take over from the #Mashooka season now. Link in bio. Song out May 29th July – Telugu, August 1 – Tamil”.

The music video features Rakul Preet Singh as the Pop Queen Goddess, taking us through her lens into her vibrant, beautiful and effervescent pop world.

Also read | Ben Affleck gets emotional as he bursts into tears while honeymooning with Jennifer Lopez in Paris.

The song sung by Asees Kaur and Dev Negi is a dance track released on ‘Jjust Music’ YouTube channel.

The music video for “Mashooka” promises a pop world of its own. The colors used to create the set are vibrant and give the video an innovative character.

The Telugu and Tamil versions of the song will be released on July 29th and August 1st.

Shortly after the ‘Attack’ actor shared the song, fans flooded the comments section with heart and fire emoticons.

Rakul said, “Mahooka was an exemplary experience for me to shoot. The producers had one of the most brilliant ideas for the shoot. The song is not only a party anthem, the video is also unique. The video is bold, quirky and sexy. It has all the elements needed to make a great music video.”

On the film front, the ‘Sardar Ka Grandson’ actor will next star in ‘Chhatriwali’. The film, directed by Tejas Prabha Vijay Deoskar, tells the story of a chemistry major who ends up taking a job as a condom quality inspector because she needs money. Rakul will also star alongside Ayushmann Khurrana as a gynecologist in her upcoming movie Doctor G. (ANI)