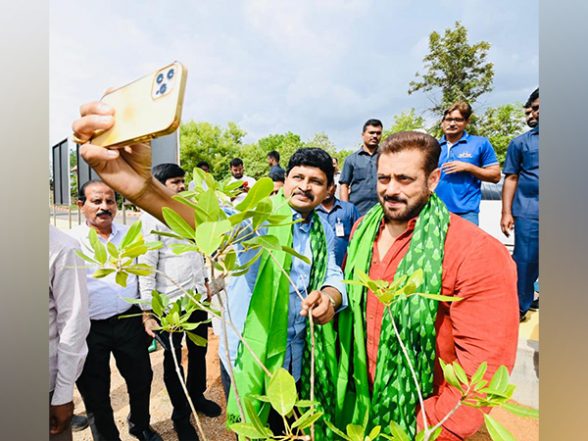 On that occasion, he said that each person should take responsibility for the plantation program and also take proper care of the seedlings until they grow big trees. It is unfortunate that the human loss due to natural disasters, heavy rains and floods is immense. The only solution to stem human loss is to encourage massive plantations.

Salman commended TRS MP Santosh for taking on the big job of the plantation program. He said the MP’s effort to increase green coverage in India will help protect the earth and future generations. He called on his fans and supporters to join the Green India Challenge and plant seedlings on a large scale.