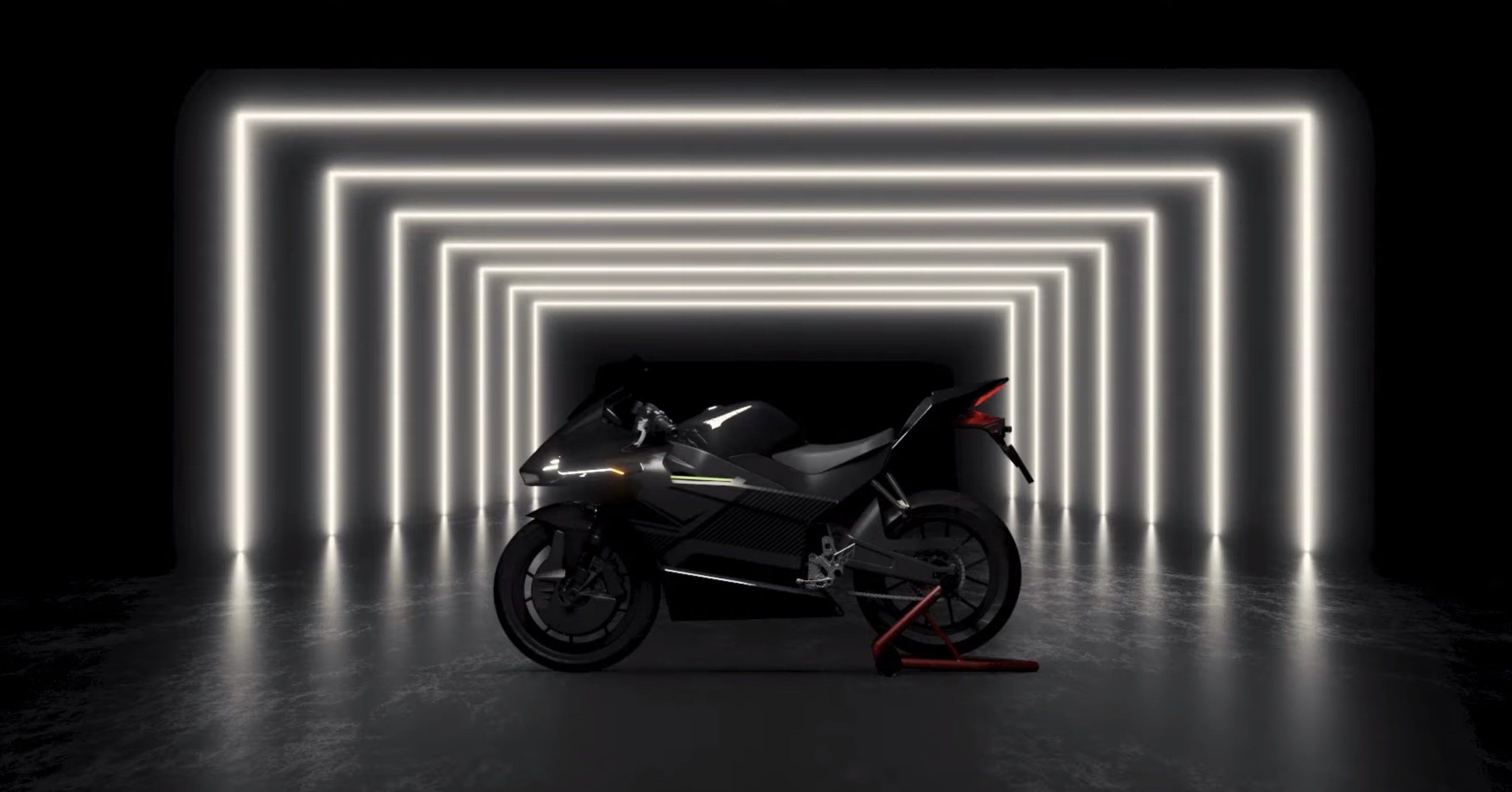 Indian start-up Trouve Motor gives us a look at its first motorcycle of the same name: a promising and cutting-edge electric sports car due to be launched this year.

As for European countries, India intends to reduce its pollutant emissions. A major project when you know that it is one of the largest two-wheeler markets in the world! Many manufacturers and start-ups are therefore inevitably turning to electric vehicles, such as Trouve Motor, which is already planning to develop several models on the same technical basis.

The Indian start-up’s first electric motorcycle, which (for the time being?) is soberly called Trouve Motor, picks up on the classic codes of the superbike segment. A thoroughly streamlined bike, an aggressive and angular style, a swept back and raised tail, a tank notched towards the saddle… It’s all there. Not necessarily original or characterful, the machine’s style nonetheless follows the futuristic/high-tech trend, as suggested by the brand’s short teaser video. The 3D modeling presents a single seater configuration, but it’s not entirely impossible that the electric superbike could accommodate a saddle and passenger footpegs, especially when you know how much Indian townsfolk love duo rides!

At least that’s what the start-up announces: “at least” 350 km of autonomy! In terms of performance, the electric superbike is powered by a Liquid-cooled electric motor with 40 kW (54 hp). The Trouve Motor will be able to reach a top speed of 200 km/h and shoot from 0 to 100 km/h in 3 seconds. Full LED lighting and colored TFT instrumentation with smartphone connectivity are of course on the agenda. Front and rear cameras as well as GPS navigation complete the electronics package. Finally, the brand also makes sure that “extended support” is offered, although without giving us any specifics. We can therefore expect incline-sensitive ABS braking and traction control, as well as other ECO/ROAD/SPORT driving modes, among other features. Find Motor’s electric sports car is scheduled to arrive in the second half of 2022.

La Trouve Motor in a nutshell