Early morning rain in Delhi brings a break from the heat; Kerala on high alert as rain forecast for five days 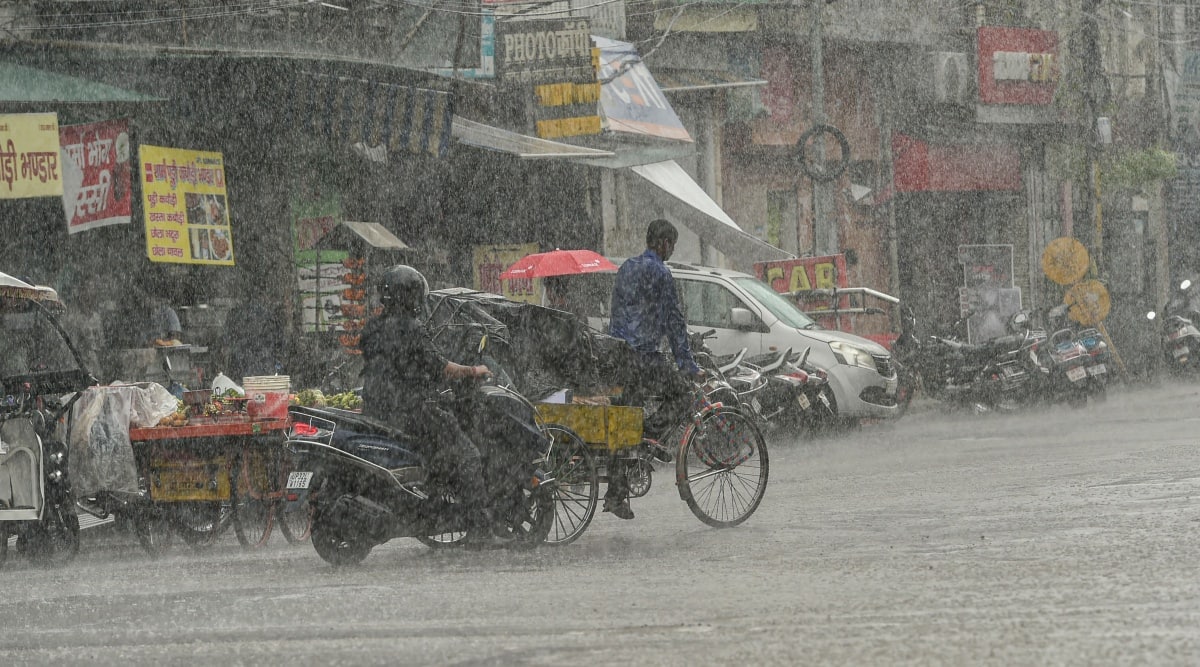 Live updates for monsoon weather forecast in India: Heavy rain lashed parts of Delhi early Sunday morning, bringing a respite from the heat and humidity. The India Meteorological Department has forecast rain for the next three days along with thunderstorms and lightning in Punjab, Haryana, Chandigarh-Delhi and Uttar Pradesh.

Meanwhile, Kerala authorities on Saturday issued a warning to those residing on the banks of rivers in north and central Kerala as heavy rains continue to hit most parts of the state with certain levees nearing storage capacity. Chief Minister Pinarayi Vijayan, quoting the weatherman, said heavy rains will fall in the next five days and urged people living in hilly regions to remain vigilant. The India Meteorological Department (IMD) issued a yellow alert to eight northern districts – Idukki, Thrissur, Palakkad, Malappuram, Kozhikode, Wayanad, Kannur and Kasaragod.

Monsoon rains continue to lash Rajasthan, where many areas including the state capital saw moderate rain on Saturday. The rain showers are likely to continue in the dry state in the coming days, PTI reported. According to the Meteorological Center (MeT) in Jaipur, 17.8 mm of precipitation was measured in the state capital by 6 p.m. on Saturday.