Demonstration by the Indian Embassy, ​​Secretary General of the PA 212: Islam is being blasphemed because the Muslims are silent 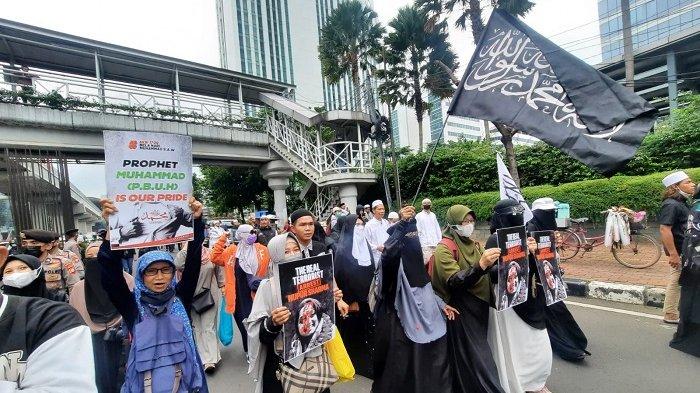 This was revealed during a speech during Action 1706 at the Embassy of India in Setiabudi, South Jakarta on Friday (6/17/2022).

“This should not be allowed, insulting the teachings of Islam, our beloved Prophet, this is part of the blasphemy that we must fight,” Bernard said.

According to Bernard, the silence of Muslims is the reason Islam continues to be insulted.

“Why do you often do that? Because we are silent, we don’t fight. If we fight, they will surely be afraid. he said.

Also read: The orator of the 1706 action condemns India and asks the speaker of the Bharatiya Janata party to be severely condemned

According to him, the politician insulted the Prophet Mohammed with inappropriate words.

He added that there are dozens of countries that have criticized India for allegedly insulting the Prophet Mohammed, including Saudi Arabia, Kuwait, Oman, the United Arab Emirates, Bangladesh and Turkey.