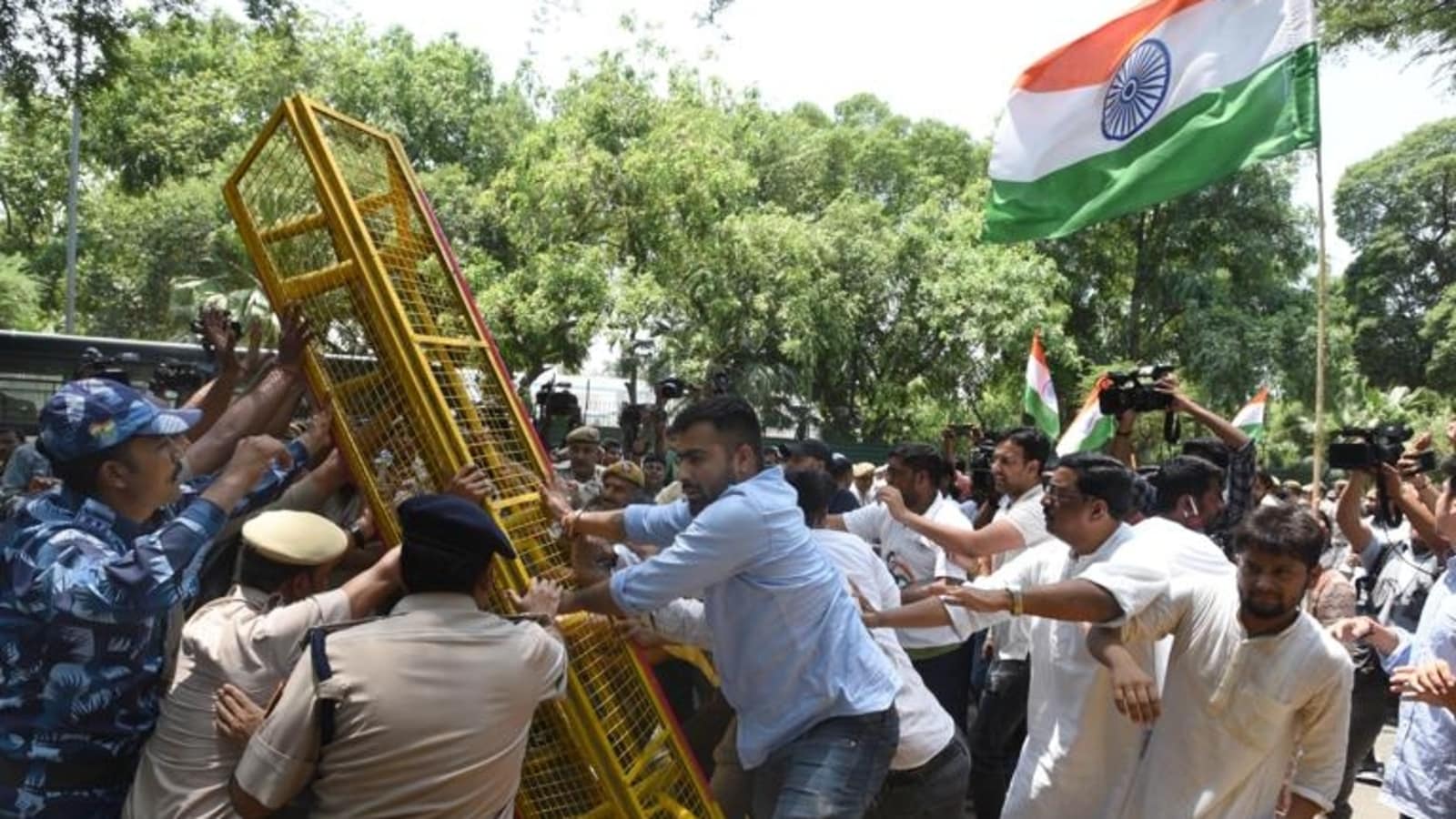 After three days of protests, arrests and massive political drama that took place on the streets of Delhi, Congressmen will hold a meeting at the Parliament Party office on Thursday. The focus of the meeting, the ANI news agency reported, was alleged ill-treatment of party MPs by Delhi police during agitation against the Enforcement Directorate’s interrogation of Rahul Gandhi.

Many MPs from the grand old party – in recent days – have been arrested in recent days after the “Satygraha” protest against the Gandhi’s subpoena in the National Herald’s case inquiry was launched on Monday. Barricades, huge police security, dharnas, shouting of slogans described the scenes near the party headquarters on Akbar Road.

On Wednesday, the third day of Rahul Gandhi’s interrogation, protests escalated as congressional workers were violently removed from streets where they were holding dharna and protesters burned tires on streets. Congress leader Ajay Maken released videos in which he claimed Delhi police forcefully entered the party office.

Several party leaders tweeted about the incident, including former union minister P. Chidambaram. “What the police did at the AICC office this morning was an outrageous violation of liberty. Police did not have a search warrant or warrant, yet they entered the office, took out congressional leaders and members, including MPs, and threw them into the street,” he tweeted.

And in another post he added: “The beating against Mr Adhir Ranjan Choudhary and others was caught on video. Every legal and political norm in a democracy has been violated. We condemn the actions of the police in the strongest possible terms.”

Delhi Police denied the claims and accused the party of failing to obtain the necessary permits for their protests. The party threatened “gherao” or encirclement of Raj Bhavans or the official homes of governors and lieutenant governors across India on Thursday.

Rahul Gandhi has now been summoned for another round of questioning on Friday. The ED is investigating the alleged misappropriation of funds in the party-backed Young Indians’ takeover of The Associated Journals Limited (AJL), which publishes the National Herald newspaper.