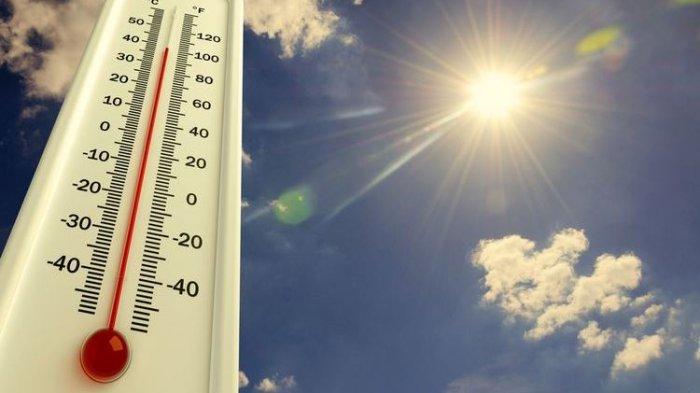 TRIBUNJATENG.COM – Not only in Europe, the heat wave has also hit a number of other countries around the world, such as China. A heatwave hit Shanghai and dozens of cities in China, cracking roads and melting roof tiles.

For example, Reuters news agency reported that as of 3:00 p.m. Tuesday (7/12), 86 cities were issuing red alerts, the highest in a three-tier alert system.

With a temperature warning of over 40 degrees Celsius in the next 24 hours, construction projects and other outdoor work must be stopped.

Also read: More than 500 people died due to the European heatwave

The Shanghai municipal government, still battling a sporadic outbreak of COVID-19, urged its 25 million residents to prepare for hot weather this week.

Shanghai issued its first red alert in 5 years on Sunday (October 7th). Since records began in 1873, Shanghai has experienced temperatures above 40 degrees Celsius for just 15 days.

The benefit has been an increase in sales of ice cream, melons and other popular summer foods, but the Shanghai Wildlife Park uses eight tons of ice a day to protect lions, pandas and other animals from overheating.

“This year, the hot weather came a little earlier than before,” said Zhu Daren from Shanghai while his five-year-old son played in the fountain. “

Even though it was only July, I felt like the warm weather had already peaked. So you have to turn on the air conditioning when you get home and put on sunscreen when you go out.”

Earlier, an intense heatwave also swept across northern India, with temperatures hitting a record 49.2 degrees Celsius in parts of the capital New Delhi in May. This is the fifth heatwave in the capital since March.

Officials in many parts of the country have urged people to take precautions as temperatures will remain high. They warn that the heat can cause health problems for vulnerable people, including infants, the elderly and those with chronic illnesses.

A severe heatwave has hit millions of lives and livelihoods in northern India this summer. Prime Minister Narendra Modi had asked state top ministers to draw up plans to mitigate the effects of extreme heat as temperatures rise faster than usual.

Heat waves are common in India, especially in May and June, summer started earlier this year with high temperatures since March when the first heat wave hit. The average high temperature for that month was the highest in 122 years.

The Center for Science and the Environment, a think tank, said the heatwave earlier this year hit about 15 states. This includes the northern state of Himachal Pradesh, known for its cool temperatures. (Kompas.com/TRIBUN JATENG PRINT)