Cannes 2022: Deepika Padukone joins the competition jury, here is a look at her performances so far Actress Deepika Padukone will be part of the competition jury Cannes Film Festival this year. The jury consists of five men and four women who will select the winners of this year’s Palme d’Or. According to current speculation, Deepika, who has been a regular on the festival’s red carpet since 2017, is expected to run every ten days.

French actor Vincent Lindon will be chairman of the jury at the 75th Cannes Film Festival. In addition to Deepika, his jury includes actress and director Rebecca Hall, Noomi Rapace and Italian actress and director Jasmine Trinca, as well as directors Asghar Farhadi, Ladj Ly, Jeff Nichols and Joachim Trier. The jury will announce this year’s winners on May 28th at a gala in Cannes.

Deepika has always managed to leave the world stunned with her gorgeous sartorial looks from the Met Gala and the Cannes Festival.

Deepika Padukone poses for photographers upon arrival at the premiere for the film Pain and Glory at the 72nd International Film Festival. (Source: AP)

From sheer aubergine Marchesa dresses to bright fuchsia pinks and emeralds, she’s always proven to be the queen of the red carpet. 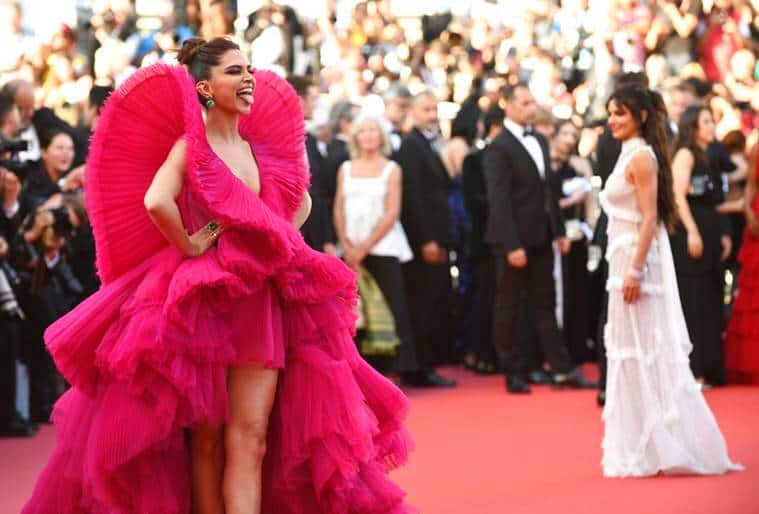 Meanwhile, on the work front, Deepika has most recently starred in Shakun Batras’ homegrown Noir Gehraiyaan and before that in Kabir Khan’s 83, which chronicled India’s Cricket World Cup victory. She has Fighter in the pipeline with Hrithik Roshan and Pathaan with Shah Rukh Khan and John Abraham. Pathaan is scheduled for release in January 2023.