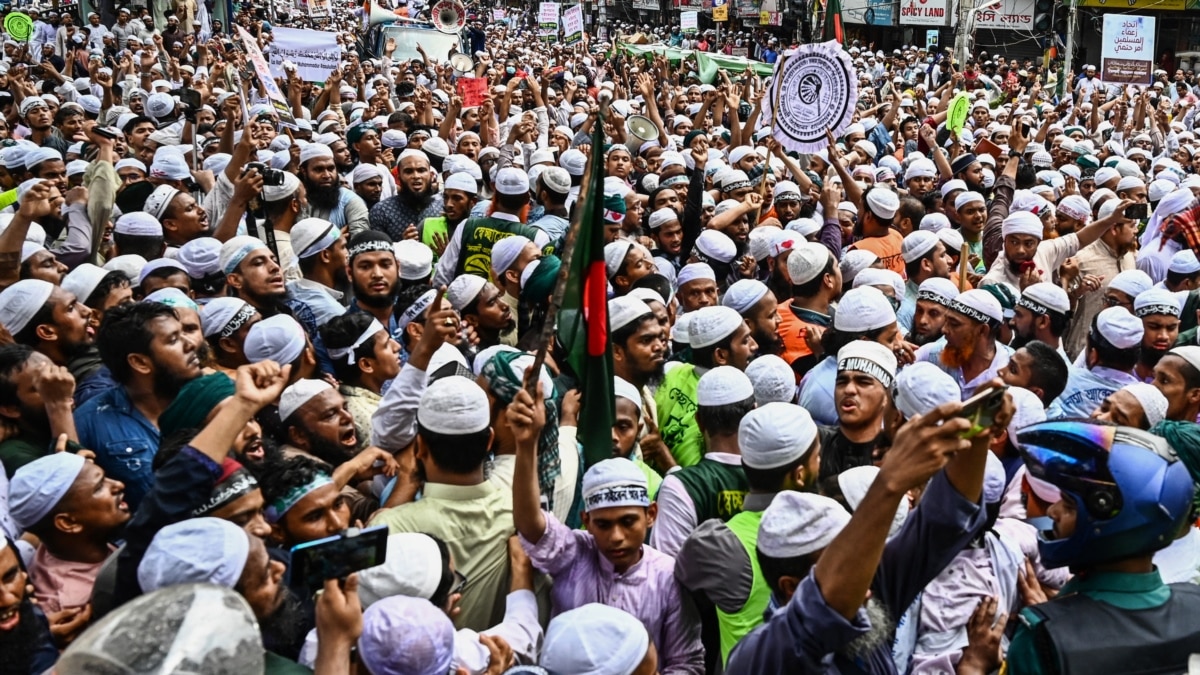 Thousands of people demonstrated in the Bangladesh capital on Thursday to demand that the governments of Bangladesh and India officially condemn statements by two Indian ruling party officials who are said to have insulted the Prophet Mohammed.

The protesters started the protest in front of the Baitul Mukarram Mosque, the country’s main mosque, but were blocked by police when they tried to reach the Indian embassy, ​​a few kilometers from the mosque.

The protesters called on Muslim-majority countries to boycott Indian products and sever ties with the country. Also for Bangladeshi Prime Minister Sheikh Hasina to publicly condemn the statements made by two officials of Prime Minister Narenda Modi’s Bharatiya Janata Party.

Hasina has made it clear that she will maintain warm relations with India.

Information and Broadcasting Minister Hasan Mahmud told a group of Indian journalists the dispute was an internal Indian matter.

The crowd chanted “Down with Modi” and “Insults against Islam will not be tolerated” and carried placards and placards that read “We love Mohammed”.